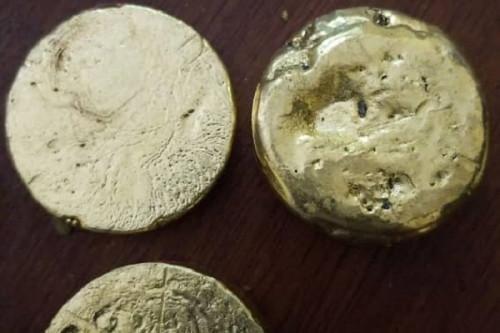 (Business in Cameroon) - Cameroonian customs officers stationed in Garoua-Boulaï (an eastern region town bordering the Republic of Central Africa) recently seized seven (7) kilograms of gold being smuggled. The precious metal was hidden in the luggage of a Chinese national coming from the Republic of Central Africa, the customs authorities revealed.

After questioning, the trafficker who was taken into custody claimed that the seized gold was the property of several of his compatriots living in the CAR, the same source indicated. This revelation confirms the existence of precious metal and stones trafficking between Cameroon and the CAR with   Garoua-Boulaï being one of the hubs of those traffics.

In December 2016, on the eve of a Kimberly Process assessment mission in Cameroon, a report published by Canadian organization IMPACT (formerly known as Partnership Africa Canada-PAC) presented Cameroon as a hub where CAR’s conflict diamonds are exported.

The accusation was refuted by Cameroonian authorities but since then, several precious metal shipments have been seized at airports and in cities across the country. The smuggling activity, whose network often includes people living in the Republic of Central Africa, is fought by Cameroonian customs officers on the ground and the anti-trafficking cells installed in the airports of Yaoundé and Douala since 2016.