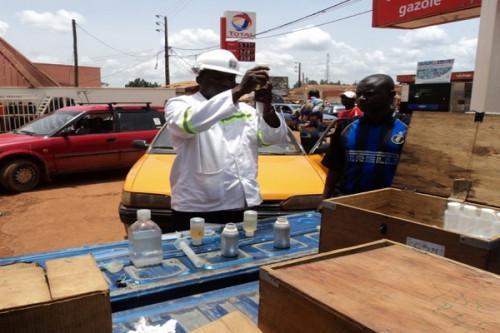 (Business in Cameroon) - Since 2012, Cameroon’s yearly tax gains have averaged XAF40 billion thanks to the marking of oil products. This was revealed by David Ekoume, Director General of Hydrocarbures, analyses et contrôles (Hydrac). The executive made this revelation during an interview published by the magazine SNH Infos.

David Ekoume explains that the marking consists of introducing minute quantities of markers or tracers made from nanoparticles into petroleum products, depending on their taxation and destination. Unexpected and repetitive checks are then carried out on the ground using the appropriate equipment, making it possible to detect all forms of fraud almost instantaneously.