Cameroon: Enterprises Upgrading Office BMN could cease operations in 2022, due to lack of funding 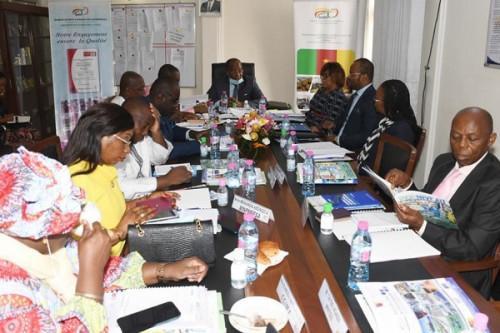 (Business in Cameroon) - On July 7, 2021, during the 30th and 31st ordinary sessions of the steering committee (COPIL) of the Enterprises Upgrading Office of Cameroon (BMN), participants discussed the survival of that state institution, which could cease activities in January 2022 due to a lack of funding.

Speaking after the July 7 sessions, a member of the COPIL explained that the current 3-year financing agreement binding it to the French Development Agency (AFD) in the framework of the third debt reduction and development contract would end in December 2021. But this agreement has not been renewed for a second 3-year term.

Nevertheless, “the steering committee has initiated wide-ranging consultations to help the BMN self-finance itself,” the member added.

The BMN was created in 2011 to boost the competitiveness of local companies in the context marked by the multiplication of free trade zones. To carry out its duties, it implements programs such as the flagship PNMAN aimed at upgrading companies. To date, close to 800 companies have voluntarily joined the program. But after a review of the various upgrading plans submitted by those companies, the COPIL selected a hundred of them, which received over XAF1 billion in material investment support.

Apart from supporting the competitiveness and financial restructuration of the companies selected, the BMN has also inked partnerships will several financial institutions to facilitate access to financing for its beneficiaries. Some of those partners include the investment fund I&P (Investisseurs & partenaires), Crédit du Sahel (which is the leader in the microfinance industry in Northern regions), the African Leasing Company (ALC) that has recently been absorbed by its parent company Afriland First Bank, and the African Guarantee and Economic Cooperation Fund (FAGACE).

Internal COPIL sources claim that the current financial problems jeopardizing BMN’s future come just months after the institution adopted its 2020-2024 strategy, which is in line with the government’s 2020-2030 national development strategy (SND20-30) focused on several pillars - one of them being the structural transformation of the national economy through the development of strong manufacturing industry.

According to the BMN’s  2020-2024 strategy, the institution would need XAF65 billion to carry out its duties and upgrade 600 Cameroonian companies.