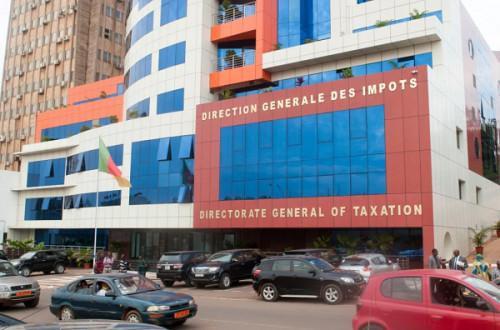 (Business in Cameroon) - Between 2016 and 2020, the Cameroonian government exempted various taxpayers from spending an aggregate of CFA2,638.4 billion in taxes. This is 2.5% of the country's GDP, according to data revealed last September 13 during consultations between the Directorate General of Taxes (DGI) and the private sector in Douala.

"Tax expenditures are special measures that derogate from the reference tax system (SFR) to encourage a particular economic behavior from taxpayers, or to subsidize certain social groups. They, therefore, lead to a reduction in the tax burden of taxpayers and cause losses of revenue for the State," explains the DGI.

These tax breaks and other tax exemptions represent nearly 21% of the overall non-oil revenues collected by the DGI over the period under review. "The most costly measures are those granted for necessities," said Modeste Mopa Fatoing, Director General of Taxes. For example, to ensure the availability and affordability of staple products such as rice, frozen fish, and wheat (to produce flour), Cameroon offers operators in these sectors tax breaks of CFA52 billion, CFA58 billion, and CFA30 billion respectively each year. At the same time, to encourage investment in the country, the government adopted the law on incentives for private investment in 2013. This text, revised in 2017, grants tax and customs exemptions to economic operators who have projects with a lifespan of 5 to 10 years, both in the early and production phases.

The cost of this tax expenditure has not been revealed. However, to date, 326 companies have benefited from it and DGI expects them to invest CFA400,000 billion and create 106,215 jobs across the country. Yet, the Investment Promotion Agency (API) reported that only 30 to 40% of the beneficiary projects have started their investment programs.

Although the tax exemption measures have positive effects and benefits, the government is now questioning their relevance in light of the new socio-economic objectives it is targeting.  These include the need to boost non-oil revenue and implement the import-substitution policy to make the country less dependent on imports.

Under this plan, the head of State has already given his green light for the removal of certain exemptions, such as those “on imports of locally manufactured products or having local substitutes, as well as those affecting the development of certain sectors, to encourage local production and competitiveness”.

Other tax breaks are expected to be suspended in the coming years. In the medium-term economic and budgetary programming document (2022-24) submitted to the National Assembly on July 3, 2022, the government indicated that the optimization of the collection of non-oil revenues requires "the rationalization of tax expenditures at all levels”.