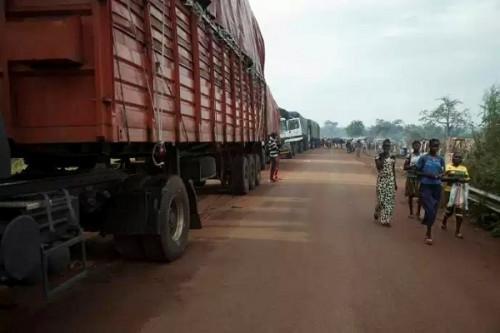 (Business in Cameroon) - On November 11, 2021, the regional Observatory of Abnormal Practices along the main Central African corridors (OPA-AC) was launched in Yaoundé.  The observatory was launched during a workshop co-chaired by Charles Assamba Ongodo, Director-General of cooperation and regional integration at Cameroon’s Ministry of Economy (MINEPAT), and Philippe Van Damme, head of the European Union’s delegation in Cameroon.

The OPA-AC was launched in the framework of the Support Program for the Management of Regional and National Infrastructures in Central Africa (the program is funded by the European Union to the tune of XAF3.8 billion), and its installation is entrusted to the  Sub-regional Institute for Statistics and Applied Economics (ISSEA) through a service agreement.

The observatory will collect and analyze and regularly publish (four national and one workshop annually) transport data, that will help to review abnormal practices happening along the concerned corridors, towards alerting main actors and decision-makers for progressive eradication of those practices. It was learnt that the collection will be based on clearly defined criteria. The pilot corridors for this project are Douala-Bangui (1431 km), Douala - N’Djamena with direct connections though Nguéli (1844 km), and the alternative de Douala-Libreville corridor (790 km) added in 2016.

During the November 11, 2021 workshop, the observatory's first report baptized N° 00 was presented. The report revealed that significant amounts of abnormal practices ensue (multiple and frequent road checks, long waiting times at borders, time wasting at checkpoints, and bribes paid during some checks). Also, it appears that fees are variable and sometimes very high at checkpoints, divers are treated poorly and vehicles are in a dilapidated state.

According to authorities, these abnormal practices contribute to the increase in the cost of transport operations in CEMAC countries. For instance, the MINEPAT reveals, citing a 2014 study, transport costs along the corridor connecting CEMAC countries are among the highest in the world.  On the Douala-Ndjamena route, these costs go as high as $0.11 per ton-kilometer, three times higher than in Brazil ($0.035) and five times higher than in Pakistan ($0.02).