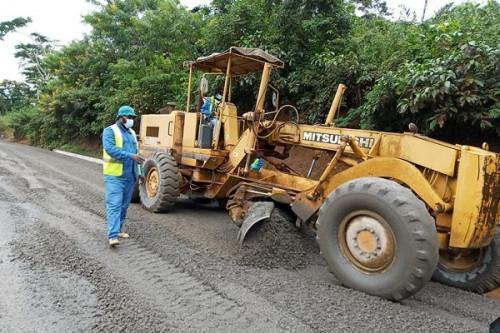 (Business in Cameroon) - According to information released by the Ministry of Economy (Minepat), at end-October 2020, the public investment budget’s (BIP) implementation rate was 50.70%, while the ambition was to reach 100% by the end of the year against 88.75% in 2019.

To explain this situation, the Minepat indicates that a monitoring system has identified several difficulties that affected the proper implementation of the BIP. The said problems include the low comprehension of the budget implementation processes by newly elected municipal executives. This resulted in poor execution of the budget transferred to decentralized territorial units. Also, there is the insufficient maturity of some of the projects inscribed into the budget, low comprehension of project contractualization procedures, and difficulties to raise subsidies for the investments of some supervised institutions.  The investment budget was also affected because some projects were abandoned due to the non-payment of advances and the insufficient capacity of administrative co-contractors. Also, the costs of some projects are set without accounting for the ground reality. Besides, some of the counterpart funds do not understand the procedures and consultation frameworks are irregularly organized in administrations/regions. In some regions, the insecurity that prevails also contributed to that low performance.

The MINEPAT indicates that due to these problems, as well as the context marked by budget consolidation and the coronavirus health crisis, the ongoing search for higher performance in the implementation of the BIP led to a revision of the procedures for financial execution of the counterpart funds. Also, steps have been taken to considerably limit the use of waiver procedures, to make those involved in the consolidation and publication of data on external financing more accountable, and to simplify the procedures for amending the project log of decentralized territorial units.