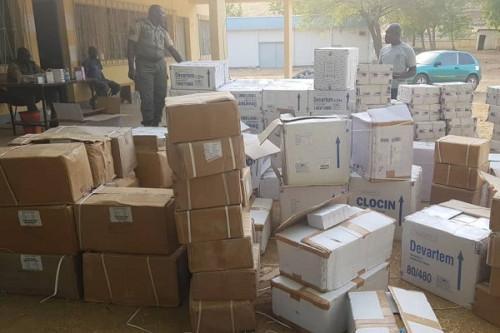 (Business in Cameroon) - On December 11, at the checkpoint of Frolinat in Maroua, agents of the Cameroonian customs seized 146 cartons of dubious pharmaceutical products (certainly coming from Nigeria). In Ngaoundéré, 24 hours later, customs agents seized one ton of African print fabrics, official sources inform.

According to the customs, all these shipments were seized in the framework of the operation Halcomi. Carried out all over the country for several months now, the operation is aimed at reducing illicit trades and smuggling in Cameroon.

Days ago, Prime Minister Joseph Dion Nguté indicated that this year, goods worth XAF10 billion were seized thanks to the operation.