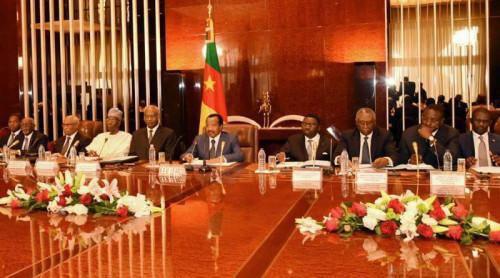 (Business in Cameroon) - For the first time since the government reshuffle on March 2, 2018, Paul Biya met with the new government. During the meeting, he prescribed a government roadmap to the new ministers. “It is necessary to pursue the smooth implementation of the Programme concluded with the IMF. There is also an urgent need to finalize the implementation of major structuring projects, the Emergency Growth Acceleration Plan and the Special Youth Plan. The operationalization of the Kribi Deep Sea Port and the second bridge over the Wouri augur well in that regard”, the president said. He further explained that much remains to be done as far as community services such as water supply, electricity, health, road infrastructures…, are concerned.

Paul Biya also added that the creation of a ministry for decentralization and local development was to provide quick solution to the population’s recurring needs.. “In the short term, I am expecting detailed proposals and a timeline for fast-tracking the on-going decentralization process”, he said.