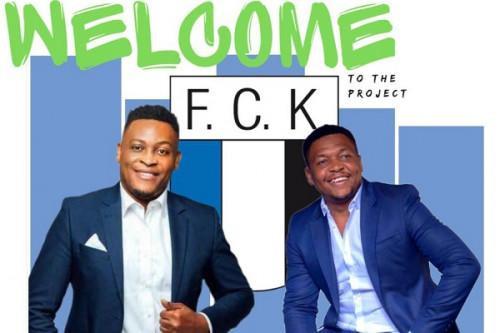 (Business in Cameroon) - Ivo Chi, Managing Director of Cameroonian firm Smart Sports Investment, and Wilfried de Happi, a football agent, recently acquired the majority shareholding in Kufstein FC, a football club currently playing in the Austrian Regionalliga. The specific details of the transaction have not been disclosed because of the confidentiality provisions in the agreement.

But, when contacted by Business in Cameroon, Wilfried de Happi confirmed the deal. “We effectively took controlling interest in the club. Our ambition is to drive it to the Bundesliga in the next three years,” he said. Apart from driving the club from the third tier of Austrian football into the top level of the national league competition, the two young Cameroonians intend to promote young Africans, in general, and Cameroonians in particular.

An avenue to showcase Cameroonian players

“Our goal is simple: provide exposure to young players.  We have several young players that have no exposure. But, we noticed that several Bundesliga clubs source talents from Regionalliga clubs like Kufstein FC. Kufstein FC being located between Munich, Germany, and towns like Salzburg in Austria, is a good avenue to help African players get exposure (…) In recent years, we have seen many good players come from regional football championships in Cameroon. They are usually not showcased on TV and not even mentored. So, we thought it would be judicious to give them a platform to showcase their talents. With Kufstein FC, we have a platform to do just as we wanted. With this transaction, we can now implement a program aimed at selecting really young Cameroonian players who are below the regulatory transfer age. Our aim through this program is to introduce them to the living conditions in Europe. Fact is, when you go abroad for work for the first time, you are faced with cultural, language, and aven nutrition barriers… In short, first-timers need time to adapt to the conditions. So, by regularly sending players aged around 15 to 2-3 months training, by the time they reach 18, they will be ready to face the new environment,” Wilfried de Happi explains.

Commenting on the acquisition, a football enthusiast indicated that when it comes to European football purchase, Cameroon is better than Nigeria, whose billionaire business tycoon Aliko Dangote is trying -for years now- to acquire Premier League club Arsenal F.C.

This is the second time Cameroonians are taking a controlling interest in a European football club.  The first time, it was Gilbert Kadji, promoter of Kadji Sports Academy (KSA) where several renowned Cameroonian football players came from. Between 1998 and 2000, Gilbert Kadji was the majority stakeholder in the Swiss club, FC Sion.