Douala container terminal: ICC acknowledges the validity of DIT’s claims but PAD is set on appealing against the ruling 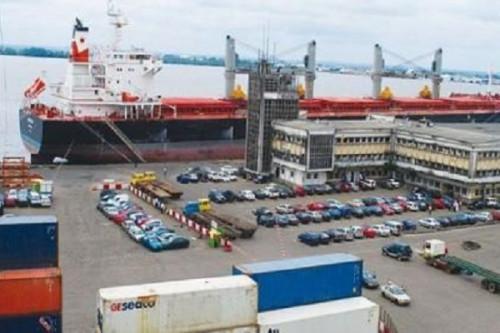 (Business in Cameroon) - In a communiqué published on November 13, 2020, Douala International Terminal-DIT (whose concession for the management of the Port of Douala’s container terminal ended in 2019) praised the International Chamber of Commerce’s (ICC) ruling in its favor in a case against the Port Authority of Douala (PAD).

"On November 13, 2020, the arbitration court acknowledged the validity of the two claims issued by DIT. It consequently ordered the PAD to pay damages to DIT and relaunch a tender procedure and include DIT [among the participants],” wrote the company owned by the  Bolloré-APMT consortium.

In the release, DIT reminds that it referred to the ICC on two matters namely, the sharing of parking revenues between the PAD and DIT as well as the exclusion of DIT from a tender procedure launched in January 2018 (at the end of that procedure, Swiss Terminal Investment Limited-TIL was declared the winning bidder).

It also explains that concerning the disputed tender procedure (for the concession of the Port of Douala’s container terminal) and the unlawfulness of the delegated management authority established by the PAD to exploit the container terminal, Cameroonian authorities ruled in the favor of its reference shareholders many times.

“DIT and its reference shareholders will, of course, continue to defend their rights, vis-à-vis all parties involved, before national and international judicial bodies. It will do so in particular concerning the requisitions of its personnel and assets, illegally ordered by the PAD in late December 2019,” it adds.

As a response, the PAD published a release on November 14, 2020, informing that it received a mail from the ICC International Court of Arbitration notifying it about the ruling rendered on November 10, 2020.

"The ruling has not been served yet and is therefore not enforceable. As it stands, Douala International Terminal (DIT) should stop its triumphalism and haste in publishing inappropriate information on social media,” the public company wrote.

It added that it was serene and, in due time, would exploit all the legal means allowing it to lodge an appeal for annulment before the Court of Appeal of Paris.

Even though the PAD is not revealing details about the appeal it will lodge, legal sources indicate that it should be about article 25 of the contractual clauses that have been “misinterpreted”.  "This article is about the continuation of the public port service during the concession, not at the end of the concession. As for the fee, there could be no arbitration. It is a criminal case because money paid by clients has been misappropriated. Therefore, an arbitrator cannot rule on it,” a legal source within the PAD explains.

Involvement of the Presidency of the Republic

In the case between DIT and the PAD, DIT claims that the tender procedure at the end of which TIL was chosen as its successor on the container terminal of the Port of Douala is unlawful. At the end of the first phase of the procedure launched on January 12, 2018, APMT Terminals BV/Bolloré SA (reference shareholders in DIT) was ranked 7th out of 9 participants. However, the consortium contesting that ranking referred the matter to national and international courts.

The designated winner was about to sign its contract when, on October 23, 2019, invoking an order from the President of the republic, Ferdinand Ngoh Ngoh (secretary-general at the presidency of the republic) asked the PAD’s managing director to suspend the finalization of the process. According to the official, the process should not continue till the administrative court of the Littoral has rendered its definitive ruling on the case between APM Terminals BV-Bolloré SA and the Port Authority of Douala.

Meanwhile, the PAD estimates that it made the best choice by excluding APMT Terminals BV/Bolloré SA. According to the port authority, TIL offers XAF357 billion as a concession fee for the 15-year contract while DIT is only offering XAF62 billion.