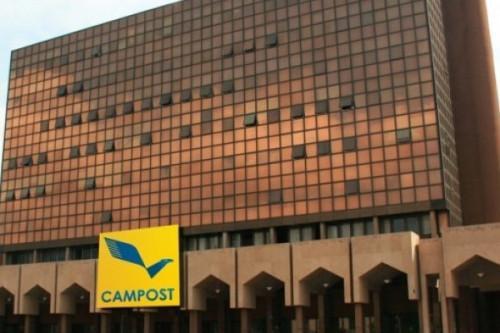 (Business in Cameroon) - Cameroon’s public postal services company, Campost, has recently asked the government to extend to 2022 the three-year restructuring contract they both signed in 2018. The utility, in effect, demanded that some terms of the contract, which is about to expire, be amended.

It was Pierre Kaldadak, director-general of Campost, who made the request on November 12 while receiving new equipment for the postal operator. Kaldadak explained extending the agreement’s deadline would enable the company to complete projects it started in the past three years. He added that it would allow Campost to deal with some important investments resulting from the degradation of part of its infrastructure and equipment, and also from economic changes induced by digital economy’s development.

Regarding the reasons behind delays in executing projects planned under its convention with Yaoundé, Campost’s Kaldadak mentioned disruptions such as delays in awarding the contract for the supply and installation of equipment needed to deploy an e-banking solution for the posts company. For this project, a contractor was picked after two unsuccessful tenders; this impaired the smooth execution of many ICT projects, according to the Campost’s boss.

Besides, some co-contractors were unable to implement the projects they were trusted with, among others due to financial issues but also to the Covid pandemic which forced the government to amend its 2020 budget. Pierre Kaldadak also mentioned Campost’s financial problems (out of XFA2.8 billion receivables, the company was able to collect just XAF419 million) that prevented it from meeting some of its commitments.

When it signed the XAF22.87 billion restructuring plan with the state in 2018, Campost committed to achieving a growth of 14%, driven by postal products (+12.3%), financial services (+17.5%), and e-post (+14.08%). However, the last two services (financial and e-post) are not yet fully developed so their impacts are still expected.