Camrail increases wages by 24.3% for local communities that weed off its railway tracks 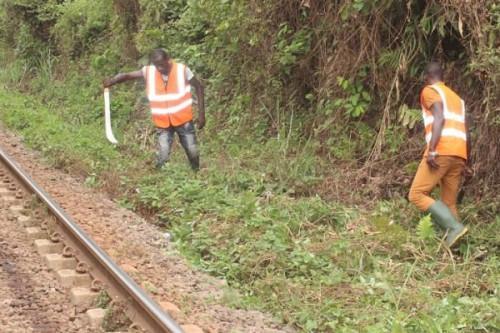 (Business in Cameroon) - Camrail’s management recently decided to increase the amount it usually pays people for weeding off its railway track by 24.3%. Indeed, during a meeting (on November 12, 2020, in Douala) with the head of communities bordering its railway track, the parties agreed that the cost of the service would be increased from XAF53,000 to XAF70,056, which is an increase by XAF17,056.

They also agreed to double, or even triple the number of weeding campaigns organized yearly. That way, they believe, the trains will move swiftly since they will no longer be slowed down by weeds growing along the tracks. Also, the derailment risks will be avoided.

The parties further decided to establish a new way to measure surface weeded. Instead of the usual square meter/km, the new measurement unit will be linear meter/km. The perimeter to be cleared around the rail track is 5 meters on either side of the rail tracks’ outer boundaries.

Camrail is a subsidiary of Bolloré Railways. The company, which owns a concession over Cameroon’s rail network, claims a yearly investment of about XAF400 million in the framework of its proximity policy with residents living along its railway tracks.