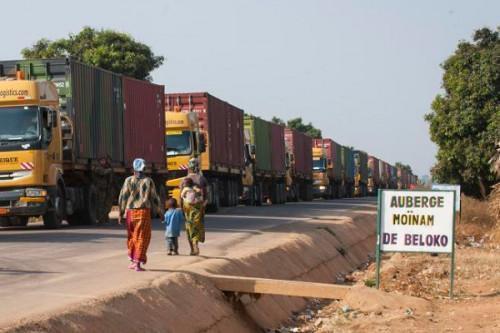 (Business in Cameroon) - In a note verbale dated May 13, 2022, the Cameroonian Embassy in the Central African Republic (CAR) rejected accusations that Yaoundé is carrying out a campaign of reprisals against the CAR at the instigation of foreign powers.

The embassy made this note to explain the letter sent on April 22 by Cameroon's Minister of Trade, Luc Magloire Mbarga Atangana, to the governor of the East region, which borders CAR, asking him to strengthen export control measures for consumer products.  According to explanations, the measure "only concerns certain consumer products (cement, refined oils, wheat flour, and rice) and applies only to locally produced foodstuffs and certain other products subsidized for import (...) and intended for domestic consumption.” It aims to crack down on "crooked traders who deny local consumers access to goods but sell them abroad (including the CAR), thus creating inflation in the local market.”

This means that the transitional measure taken by Cameroonian authorities to ensure the supply of cement, refined oils, wheat flour, and rice to the local market does not apply to the traditional trade between the two countries. It does not also apply to the CFA55 billion worth of Central African goods that transit through Cameroon each year via the Douala-Bangui corridor.