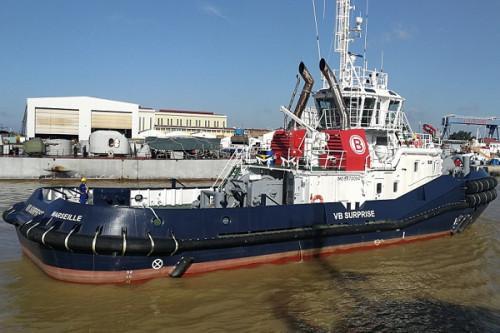 (Business in Cameroon) - Boluda France (a subsidiary of Boluda Corporation Maritima) was recently chosen as the provisional successful bidder for a restricted international call for tender, launched in June 2020, for towing services at the Port of Douala.

This was announced in a note sent by Cyrus Ngo’o (managing director of the Port Authority of Douala) to his peer of Boluda France. In the note, Cyrus Ngo’o invites his peer for the next stages (negotiations for the finalization of the terms of the concession contract), which will start on November 24, 2020, at 9 a.m and end on November 30, 2020.

Boluda France (which except for unexpected circumstances will win the concession for towing services at the Port of Douala) outrun three competitors, that were also short-listed earlier this year at the end of a call for expression of interests.

This includes Cameroonian company Fako Transport & Shiping Company Ltd (which already has a towing contract at the Cap Limboh terminal where Sonara’s supplies come from). There is also Dutch company Smit Lamnaco, which operates at the deep seaport of Kribi, and Belgian company Combine Marine Terminal Operations Worldwide.

Let’s note that towing involves dragging a vessel forward in the water through the use of a rope or cable attached to another vessel when the said vessel cannot dock on its own or leave the dockside.