Cameroon must cancel 2020 non-concessional borrowing plans, to get the G20 debt moratorium 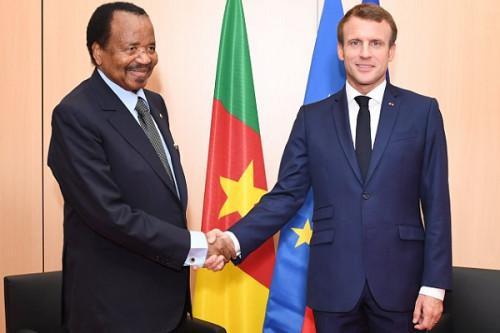 Things are thus not as simple as the French ambassador to Cameroon Christophe Guilhou presented them at the end of an audience with President Paul Biya on April 16.

According to the fact sheet published by the Paris Club, Cameroon will first have to send an official debt servicing suspension application to its creditors. Also, it should have benefited or requested financial support, the Rapid Credit Facility namely, from the IMF.

For the time being, there is no indication of whether the country has submitted a debt servicing suspension application but, it has already requested a rapid credit facility. The said application is scheduled to be reviewed by the IMF administrative board on April 28. It should be done only if Cameroon sends the letter of intent, which till the middle of last week was not completed according to the information we received.

Apart from the two conditions stated above, the G20 requires beneficiaries to the budgetary space allowed by the moratorium to increase social, health and economic expenditures in response to the health crisis. Beneficiaries are also required to disclose the state’s financial commitments and not to “contract new non-concessional debt during the suspension period, other than agreements under this initiative or in compliance with limits agreed under the IMF Debt Limit Policy (DLP) or WBG policy on non-concessional borrowing.”

This last condition will be a little difficult for Cameroon to fulfill since the country has already planned to incur XAF350 billion of non-concessional loans this fiscal year, to fund its budget. If the country is to respect the said condition, it will have to forget its non-concessional borrowing plan. This will be all the more difficult because even before the coronavirus pandemic, in the framework of its adjustment programme which ends this year, Cameroon had requested an increase of its primary deficit by XAF91 billion

Scope of the moratorium

The term sheet informs that the moratorium will last from May 1, 2020, to end-2020 and only involves the debts owed to "official bilateral creditors." This means that beneficiaries still have to service the debts for the first four months of 2020.

According to the budget execution reports published by the Ministry of Finance, in the past three years, Cameroon has always serviced 22.5% of its annual external debts commitments in the first quarter. If we apply this ratio to the external debts the country is planning to service this year, it would mean that it has already paid at least XAF52.2 billion of those debts this year.

In that case, the moratorium will only concern XAF180 billion, far from the XAF230 billion the French diplomat claims. Let’s note that on April 17, 2020, when contacted by Business in Cameroon, the embassy’s media service explained that the XAF230 billion stated by the ambassador were just estimates. “The accurate figures will come from the Cameroonian government,” the service added.

The only good news is that the debts concerned by the moratorium will not be repaid in 2021 as some civil society organizations, like the Debt & Development Platform, fear.

"The repayment period will be 3 years, with a grace period of one year (4 years in total)," the term sheet states.

That period will still have to be renegotiated by each country and its creditors. It is nevertheless assumed that "the suspension of payments will be NPV (net present value) neutral." In other words, the value of the debt will not be revalued according to some criteria such as inflation. Also, “treatment will be achieved either through rescheduling or refinancing.”