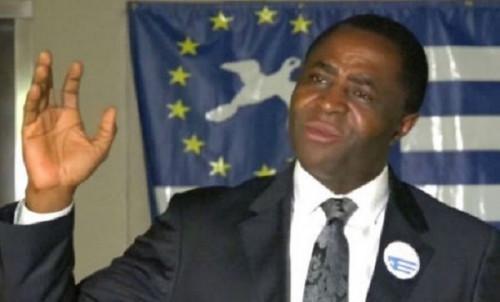 (Business in Cameroon) - Yaounde military court recently sentenced Sisuku Ayuk Tabe, leader of Anglophone separatists, to life imprisonment. Along with nine other persons, M. Ayuk Tabe has been found guilty of  “terrorism and secession,” sources close to the case informed.

This ex-employee of defunct electricity company Sonel appointed himself as the president of Ambazonia (the states Anglophone separatists want to create in Cameroon). Arrested in Nigeria months later, he was transferred to Cameroon with nine of his lieutenants. Throughout the trial, they denied their Cameroonian citizenship claiming to be from Ambazonia.

Let’s note that the Anglophone crisis started after teachers and lawyers’ corporate demands in 2016. According to Human Rights Watch, about 2,000 people have died as a result of this crisis. The UN reveals that more than 530,000 people have fled the two Anglophone regions in which there are regular clashes between the regular army and separatists.