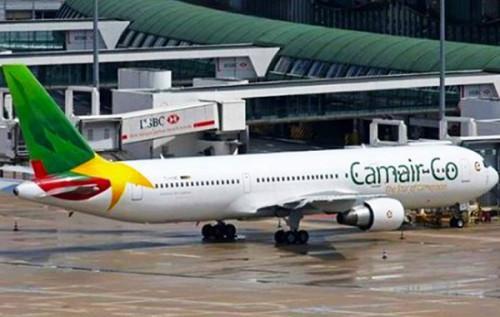 (Business in Cameroon) - On October 18, 2020, Camari Co resumed its operations by only offering domestic flights per the Head of State’s wish. This activity resumption occurred after two consecutive postponements (the first on October 12 and the second on October 16, 2020). For this resumption, the government also disbursed funds to help the airline, official sources indicate.

Indeed, a letter sent on October 16, 2020, by the Minister of Transports (Jean Ernest Ngallé Bibehé who is also chairman of the board of directors of Camair Co) to the managing director of the airline, reveals that the Ministry of Finance has once again disbursed XAF1,050 billion to ensure the operations are successfully launched.

According to the letter, the said amount should cover part of the salary arrears owed to the staff, the premium of the aviation insurance and the SITA reservation system, the customs duties on spare parts bought for the MA60 as well as some costs associated with the activity resumption.

This new financial assistance included, the volume of funds released by the public treasury for Camair Co over the period between July 14, 2020, to October 16, 2020, exceeds XAF16 billion. Indeed, on July 14, 2020, in a letter sent to the Prime Minister, the general secretary of the Presidency announced the disbursement of XAF15 billion for the reorganization of Camair Co in preparation for its privatization.

At the time, the general secretary indicated that this financial assistance (which is an umpteenth) would be used by Camair Co to send one of its Boeing 737-700 NGs for servicing, acquire two Dash Bombardier Q400s (better suited for short-distance flights, and lease two engines for the second Boeing 737-700 NG.