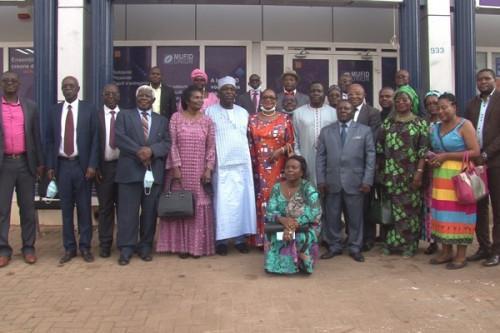 (Business in Cameroon) - The Mutual Finance for Development (MUFID Union) informs that it recently partnered with the German Cooperative and Raiffeisen Confederation (DGRV) to promote agricultural financing in rural areas in Cameroon.

Through this agreement, MUFID Union intends to capitalize on the DGRV’s century-long experience to enhance its internal audit and control as well as management and information systems.

With a little over 20 million members in Germany, the DGRV has branches in various industries including finance, agriculture, and energy. In the banking industry, its membership includes 823 cooperative banks with 18.42 million cooperators. The overall assets of those cooperative banks at end 2020 were €1,074.6 billion.

Hence, it is a notable partner for the MUFID Union. Apart from this foreign partner, the MUFID Union claims other collaborative agreements with the Cameroonian Ministry of Agriculture and Rural Development, banks, and insurance companies.

According to Dr. Justin Bomda, General Manager of the MUFID Union, these collaborative agreements with “sound technical and financial partners help improve the union’s credibility, its financial soundness and capacity to efficiently and sustainably offer innovative and quality financial and non-financial services.”

The agreements support the “MUFID Union in its ambition to become the leader in agriculture financing in rural areas and a key actor for financial inclusion, community development, and the financing of Cameroonian SMEs,” Dr. Justin Bomda adds.

The MUFID Union is the governing body of mutuals for community development, which have been operating in Cameroon for close to 30 years now. In compliance with the CEMAC microfinance regulation, which became enforceable on January 1, 2018, those mutuals changed their corporate titles to become mutual finance for development. They are now grouped into cooperatives and form networks overseen by the MUFID Union, which was approved by the monetary authority on April 22, 2020, after the banking commission COBAC’s green light. As of December 31, 2020, the union had 110 service points with over 250,000 direct subscribers (+7.2%), equity of XAF11.1 billion (+10.4%). Its assets were estimated at XAF65.6 billion (+9.7%) and the cumulated credit it granted was XAF300 billion; 30% of those credits were granted in the agropastoral industry.