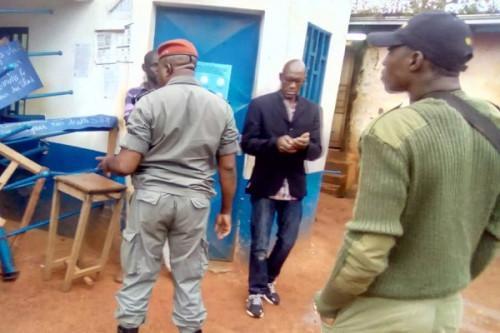 (Business in Cameroon) - The announced dismissal of 250 SOSUCAM workers  is currently fuelling social tensions at the Mbandjock and Nkoteng sites, in the Centre region. According to first-hand information, at the end of the tripartite negotiations initiated by the Minister of Labor  Grégoire Owona, some SOCUCAM workers locked several offices and have been on strike since July 15, prompting the intervention of police forces.

That same day, they notified the Ministry of Labor about the strike, through a note signed by Célestin Bama, secretary-general of the Confederation of Cameroon Trade Unions CCTU. "I have the distinct honor to urgently report that since 6 :30 am, the 250 workers to be dismissed by Sosucam SA have been on strike because of the company’s redeployment plan (…) Indeed, reading through the memorandum of understanding regulating the dismissal of the SOSUCAM workers (…), the workers noticed that the management, through its written statements, admitted that it was dismissing the workers to restructure the company but failed to abide by article 40 of the labor code [which prescribes compensations for workers in case of economic lay-offs]. Also, 79 of the 250 workers concerned refused to sign the constraining memorandum of understanding and have not received all the compensations set out by the tripartite commission. This escalated the case this morning," he wrote.

The striking workers currently demand the payment of their June 2021 salary, severance pay, termination fees relocation bonus, vacation pay, a reinsertion allowance, and 13th-month pay. They also point that the seniority factor has not been taken into account for the compensations being offered.

To make their case, they are threatening to sue SOSUCAM for unfair dismissal. However, for the management, which is declining to comment on the strikers’ decision to report to courts, this is not an economic layoff but a redeployment of the company whose perfomance was affected by the professional incompetence of the 250 workers.

Created in 1965, SOSUCAM is the leader of Cameroon’s sugar market. It is 74% owned by French group Somdiaa and 26% by Cameroon. It claims 8000 direct and indirect jobs as well as XAF14 billion of wage bill.