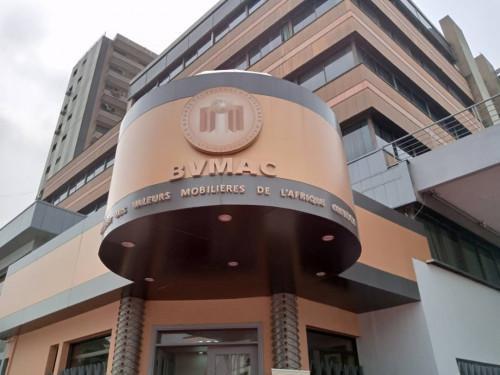 (Business in Cameroon) - Cameroon recently disbursed the last installment of its "ECMR 5.5% Net 2016-2021." According to the communique published on October 20, 2021, by the Bank of Central African States (BEAC), the central depository of the central African Stock Exchange (BVMAC), the installment amounted to XAF43.5 billion. Since October 19, 2021, investors who bought that security have been redeeming their bonds, we learn. Out of the installments disbursed by the country, XAF2.2 billion represents the interests while XAF41.3 billion is for the remaining principal.

Still, on October 20, the BEAC published another communique informing that on November 15, 2021, Cameroon will disburse XAF58.4 billion as installment for its bond loan " ECMR 5.6% Net 2018-2023." The said envelope includes XAF8.4 billion of interests and XAF50 billion as principals. For this operation, investors can start redeeming their securities on November 16, 2021.

According to financial market analysts, these repayments will boost the liquidity of investors in a context marked by economic recovery in the CEMAC zone despite a resurgence of the coronavirus pandemic. Above all, they believe, the operations will improve the credibility of Cameroon’s signature on the subregional capital market where Cameroon has never defaulted since its first issuance in late 2010 (according to the Ministry of Finance).

Apart from boosting investors’ confidence, this solvency of the Cameroonian treasury has given the country some control over the interest rates required by investors for its public securities.  "Cameroon is currently the only sub-Saharan country which is still getting short-term financing with interest rates below 3% and less than 7% for long-term financing,” Sylvester Moh, Director General of the Treasury, revealed a while back.

The 2016-2021 and 2018-2023 bond issue operations were both carried out on the Douala Stock Exchange (DSX), the national financial market that merged with the BVMAC (previously known as Gabon’s stock exchange) to become the subregional stock exchange known today as BVMAC. Overall, the country raised XAF365 billion for infrastructure projects.

Specifically,  "ECMR 5.5% Net 2016-2021", the fourth bond issue in the country’s history, was launched on September  20, 2016. That operation aimed to raise XAF150 billion but was 115.43% oversubscribed. So, Cameroon decided to keep all the subscriptions, amounting to XAF165 billion, after an over-allotment authorization from the financial market regulator.

For the "ECMR 5.6% net 2018-2023" bond, the initial aim was to raise XAF150 billion but the subscriptions amounted to XAF207 billion. Then, after an over-allotment authorization from the financial market regulator, the country kept XAF200 billion, 50 billion higher than the initial envelope sought.