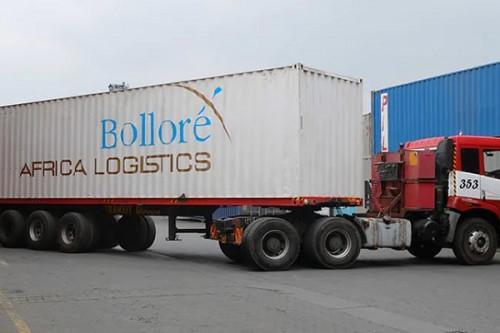 (Business in Cameroon) - Swiss group Mediterranean Shipping Company (MSC) recently initiated procedures to acquire Bollore group’s assets in Africa. This was confirmed in a release issued on December 20, 2021, by Bollore Group. “The Bolloré Group announces that it has received an offer from the MSC Group, a major player in container transport and logistics, to acquire 100% of Bolloré Africa Logistics, comprising of all the Bolloré Group’s transport and logistics activities in Africa, based on an enterprise value, net of minority interests, of €5.7 billion.

“The Bolloré Group has granted the MSC Group an exclusivity until 31 March 2022 so that the latter can submit a put option if necessary at the end of complementary audits and contractual negotiations,” the release reads

In a message sent the same day to his employees, Cyrille Bolloré, CEO of Bollore Group, stressed that the assets concerned by the offer are "port, rail, and logistics operations in Africa, as well as port concessions in India, East Timor, and Haiti.”

The CEO’s assurance to employees

Those four companies, which employ most of the nearly 7,000 employees working for Bolloré group in Cameroon, should not be sold as soon as the negotiations between  Bolloré and MSC are conclusive. Indeed, Cyrille Bolloré explains, "if successful, this operation will take several months. For instance, it would be submitted for consultation with employee representatives. Also, (...) it would require the approval of regulatory and competition authorities, as well as of certain counterparties of Bolloré Africa Logistics."

To reassure employees who could be affected by the announcement of a possible takeover, Cyrille Bolloré informs that the project will preserve jobs, guarantee continuity of activities and the commitment made by his group.  "We are in many ways similar to MSC. It is a family group that has a long-term agenda and places employees at the heart of its business strategy (...) Should the operation succeed, be assured that the group will not withdraw from Africa. We will continue to invest in Africa, notably with Canal+, the leading pay-TV operator in French-speaking Africa and a major shareholder in MultiChoice, the leader in pay-TV in English-speaking Africa. We will also be present through CanalOlympia, the continent's first integrated network of cinemas and theaters, and GVA, a super-fast Internet access provider, as well as the publishing group Editis, and perhaps in the future, we will invest in other sectors like agriculture that is important for the African continent, ” he writes.

The announcement made on December 20, 2021, officializes information disclosed in October 2021, by French media Le Monde, about the Breton business mogul Vincent Bolloré’s intent to sell his group’s transport and logistics assets in Africa where his interests were facing legal disputes both internally and in France.  The media notably revealed that merchant bank Morgan Stanley was commissioned to subtly probe the interest of potential buyers, specifically big names of the shipping industry.

Bollore group quickly dismissed those rumors as press speculations but the recent development may prove Le Monde right after all.

Mediterranean Shipping Company (MSC), which is making an offer for the assets, is the parent company of Terminal Investment Limited (TIL) that won the concession contract for the container terminal of the Port of Douala. The process that led to the selection of this operator is currently being disputed by  Douala International Terminal (with Bolloré group as a reference shareholder) before various jurisdictions.