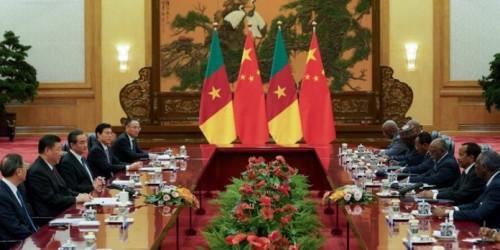 (Business in Cameroon) - Currently, "China has 61.3% of Cameroon’s bilateral debt," according to figures published by the African Development Bank (AfDB) in its 2021 African Economic Outlook. The same source explains that the figure represents 27.4% of Cameroon’s overall debt, which was estimated to be XAF10,164 billion as of September 30, 2020, or 45.8% of GDP (according to the national sinking fund CAA).

With this heavy indebtedness towards the Middle Kingdom, Cameroon  "has the characteristics of a country at high risk of debt distress" and (like Djibouti, Angola, the Republic of Congo, Ethiopia, Kenya, and Zambia) it is highly exposed to Chinese loans, the pan African financial institution estimates.

It explains that the country's heavy dependence on Chinese loans started in early 2010, with the launch (in 2012) of major structuring projects (hydroelectric dams, bridges, roads, the port of Kribi ...) funded by China, through state-owned bank Eximbank China notably.

In July 2019, to relieve Cameroon from such a heavy debt repayment burden, the Chinese bank restructured the debt. At the time, the Cameroonian Ministry of Economy informed that Eximbank China agreed to reschedule 70 percent of the amount (excluding interest) that Cameroon was to repay over the period from July 2019 to March 2022.