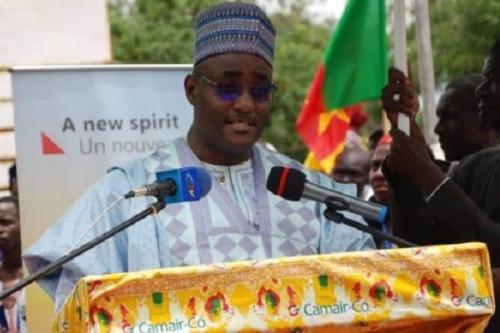 (Business in Cameroon) - On June 14, Louis Georges Njipendi Kuotu (photo), the General Manager of Camair-Co, Cameroon's national airline company, sent a correspondence to the Minister of Finance to request financial support for the maintenance of part of the carrier’s fleet.

"It is worth recalling the urgency of settling the aircraft insurance premium, estimated for the first quarter of 2020 at CFAF371 million, so that the two Boeing 737-700 NGs still grounded in Douala can be sent to the maintenance facility," the General Manager wrote.

He points out that the current delay in these maintenance operations induces other major risks. These include the possibility of further breakdowns, the loss of pilots’ qualification for ferrying these aircraft, and the loss of Camair-Co’s maintenance slots in the Ethiopian workshops.

Camair-Co has been waiting for financial support from the state, its sole shareholder, to renovate its fleet since May. Shortly before, in April, Louis Georges Njipendi Kuotu announced that he intended to take advantage of the company's shutdown, caused by the coronavirus, to proceed with "the maintenance of all aircraft (MA 60 and Q400) and the rehabilitation of the Boeing 737-700 NGs..." Since then, the requested financial support has not been released.