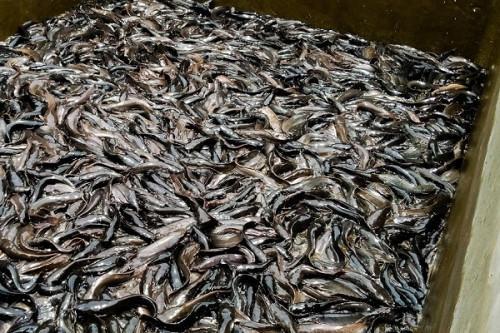 (Business in Cameroon) - Yesterday June 21, 2021, Minister of Livestock Dr. Taïga presided over the first meeting of the interministerial commission that will select private investors interested in the Cameroonian fish industry. According to the official, this commission will help create “a new type of businesspersons, the fish moguls, and curb [fish] imports,” which greatly affect the country’s trade balance every year.

“Cameroon’s hydrography is suitable for it, operators are committed, and the government, through the commission, is set to encourage investors to enter into fish production,” Dr. Taïga adds.

Officially, Cameroon has a real fish potential, with its over 400km of coastline. However, most of the fishing operators active in Cameroon are foreigners, who also indulge in illegal fishing. According to the Regional Fisheries Commission for The Gulf of Guinea (COREP), 22 vessels belonging to foreign fishing operators have been seized offshore Cameroon for illegal fishing between 2015 and 2016.

On water bodies, the situation is similar. First, intense small-scale fishing activity has been developed. Secondly, most of the fishermen are foreigners. For instance, according to official sources, over 6,000 fishermen operate on this over 6 billion m3 water retention infrastructure impounded in September 2015. However, over 80% of those operators are foreigners who mainly supply their origin countries.

The country, whose shorelines and water bodies are left to foreign fish operators, spends an average of XAF100 billion yearly to import frozen fish, internal sources at the Ministry of Livestock reveal. Those imports are usually aimed at bridging the over 160,000 tons gap between the local production (335,000 tons in 2019) and demand (about 500,000 tons, according to government figures).

To reverse that trend, in 2020, the Cameroonian government issued a call for expression of interest to attract industrials into the fish farming industry. The country intends to encourage those operators to develop appropriate infrastructure on high aquaculture potential zones by offering them several incentives. The said zones are notably the Dibamba river (the left and right shores), the Nyong river in the Mbalmayo, the Sanaga river in Monatélé, and water retention infrastructures like Lagdo and Lom Pangar dams. The zones also include the Kribi-Campo and Limbe-Idenau seafronts.