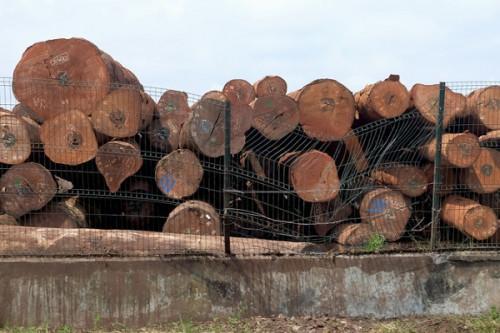 "The option to increase raw timber exports taxes is insufficient to effectively combat deforestation and climate change.  As it stands, the rise is not a deterrent, This increase in exit fees as it stands is not a deterrent," says Ranece Jovial Ndjeudja, Forest Campaign Manager for Greenpeace Africa.

According to the manager, for effective forest protection, a paradigm shift is needed through the promotion of alternatives that can stop tree cuttings.  Greenpeace Africa believes that the paradigm shift presents social and cultural benefits for communities as well as economic incentives that equal or even exceed that of the option currently promoted by the government.

Woodcutting, even selective cuts,  significantly place forest and wildlife at risk because it will likely facilitate the job for poachers, the NGO claim. To back its claim, it explains that to carry out their illegal activities, poachers take forest tracks that would not have been available if no trees were cut.

Meanwhile, in its draft 2022 budget, Cameroon explains that its decision to increase raw timber export rates would allow it to generate additional taxes and customs revenues. The revenue generation reason aside, the measure aligns with the CEMAC decision to heavily tax raw timber exports to discourage such practices.