Nexttel announces resumption of dialogue between its shareholders 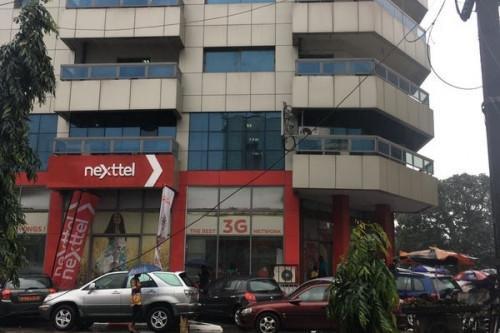 (Business in Cameroon) - On November 19, 2021, Viettel Cameroun SA, popularly known under its trade name Nexttel, published a release announcing the resumption of talks between its shareholders to improve its deteriorating services.

“The process for the reorganization of the partnership between Cameroonian and Vietnamese parties was initiated weeks ago. In that regard, the resolutions are focused on the improvement of the network and the launch of innovative solutions: this is a new chapter [in our history],” the release reads.

Nexttel provides no further details but the release is a sign of the de-escalation of the dispute between its two shareholders namely  Viettel Global (70%) and Bestcam (30%), which is owned by Cameroonian businessman Baba Danpullo

The dispute between the two parties was so intense that on May 6, 2019, Nguyen Quoc Cuong, Vietnam’s Deputy Minister of Foreign Affairs and envoy of the partner country’s Prime Minister Nguyen Xuan Phuc, travelled to Cameroon to discuss the matter with Cameroon’s Prime Minister Joseph Dion Ngute.

At the end of the audience in Yaoundé, Nguyen Quoc Cuong informed that Vietnam’s Prime Minister Nguyen Xuan Phuc was placing a particular emphasis on the peaceful resolution of that conflict given his commitment to the cooperative relationships between Cameroon and Vietnam.  “The Vietnamese government is responsible for the protection of Vietnamese companies operating abroad, includingViettel’s XAF 210 billion investment in Cameroon. As such, it has asked the Cameroonian government to issue measures and actions for the protection of Viettel Global’s foreign investments by regulations and bilateral agreements signed by Cameroon and each party’s international commitment,”  Nguyen Quoc Cuong added.

According to Viettel Global, in November 2018, Baba Danpullo took several illegal measures to prevent Vietnamese from working at Nexttel’s headquarters. Therefore, Vietnamese staff was no longer authorized to work for the operator, which fell under the exclusive control of the Cameroonian shareholder. The latter denied the accusations, blaming the Vietnamese party for massively importing its workforce and marginalizing Cameroonians.

Nexttel, which has been operating in Cameroon for seven years, claims it currently has some 800 employees. Recently, it announced its flagship service (internet connection) has deteriorated substantially but assured that measures were immediately taken to quickly address the problem.

Also, the operator will not be able to launch its mobile money service by the end of 2021, as it announced in April 2021. The reason is that in its report on the state of electronic money in the CEMAC region in 2020, the BEAC (central bank of the CEMAC region) revealed that the authorization delivered to Nexttel and UBA Cameroon to launch mobile money services was cancelled because the parties failed to take action within the specified deadlines.