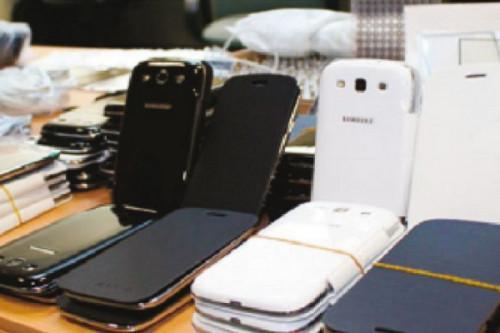 (Business in Cameroon) - The Cameroonian government announced the introduction of a new system for mobile phone tax collection. According to the 2023 finance draft law consulted by Business in Cameroon, taxes on mobile phones and electronic devices will no longer be collected via a dedicated digital platform or be deducted from users’ airtime.

This approach, validated in the 2019 Finance Act, was strongly criticized, forcing President Paul Biya to suspend it. Now, it is required that operators “configure their systems in such a way as to block any connection to the network not listed by the customs, excluding those used temporarily by tourists and visitors on a short stay in Cameroon," we learned. Details of the process have not yet been revealed.

Mobile operators will use a database of cleared phones made available by the customs or its agent. To register their phones in the customs database, importers of mobile phones and other electronic devices are required to declare them when crossing the borders and to pay the customs duties and taxes due by all authorized means of payment.

As an incentive, the government offers a 50% deduction of the taxable value of the devices. In addition, "phones, tablets, and digital terminals that have already been connected to a local telephone network before the effective date of implementation of the new device are considered cleared through customs and benefit from tax amnesty," the draft says.

"Today, less than CFA100 million is collected per month out of the approximately CFA2 billion collected in the 2000s. This decline contrasts with the increase in the number and quality of phones imported into the country,” said the Directorate General of Customs in 2020. While revenues have declined by more than 97% over the past two decades, the government estimates that nearly 4 million phones are imported into Cameroon each year.