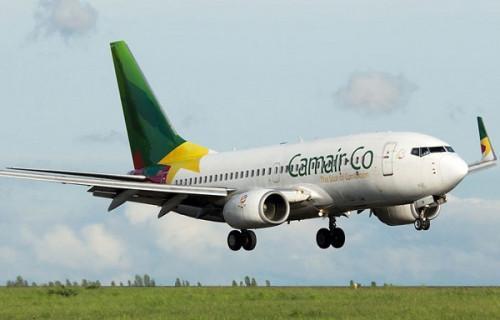 (Business in Cameroon) - On June 19, 2020, Jean Ernest Ngalé Bibehé, the Minister of Transport and Chairman of state-owned airlines Camair-Co, sent a letter to Louis Georges Njipendi Kuotu, the General Director of Camair-Co bearing the subject “Alert from the Auditor." In the letter, the Chairman asked Louis Georges Njipendi Kuotu to "inform him of the relevant measures proposed to avoid the total cessation of operations or even the dissolution of" Camair-Co. The truth is, the Minister of Transport was relaying a request made by Okalla Ahanda & Associés, the auditor of Camair-Co.

The auditor recently alerted the airlines’ directors about the continued deterioration of the public company’s financial situation. Issued in the framework of the Ohada uniform acts, the alert procedure is intended to prevent difficulties in commercial companies or to avoid the worsening of these difficulties leading to a cessation of payments or an early dissolution, we learn.

In the case of Camair-Co, the auditor informs, the provisions for a cessation of payments or dissolution were met since 2015. "Indeed, we had already informed in our auditor's report for the financial year 2015, issued on April 9, 2018, that the shareholders' equity of Camair-Co was already below half of the share capital. We also informed that the General Assembly (GA) had to decide whether or not to proceed with the early dissolution of the company," Okalla Ahanda & Associés reveals.

During an extraordinary General Meeting held on May 25, 2018, the State, as a shareholder of Camair-Co, voted for the continuation of the company's activities. According to the Ohada Uniform Acts, such a decision implies that the shareholder commits to replenishing the company's equity capital by the end of the 2nd fiscal year following the one in which the losses were recorded. This means that the state of Cameroon should have replenished Camair-Co’s equity capital by 2017, however, the situation at Camair-co has hardly improved. It rather worsened since the beginning of 2020.

We learn that the company now has only one aircraft (MA 60) "likely to fly shortly." The rest of the fleet requires extensive maintenance work. On the financial side, as of December 31, 2018, the company’s abysmal debt was estimated at CFAF 110 billion and Camair-Co is struggling to ensure its wage burden. "The staff is owed four months of salary arrears and the monthly payroll is about CFAF500 million,” notes the auditor whose correspondence to the chairman of Camair-Co’s board likely sped up the technical unemployment process of 371 employees (65% of Camair-Co’s staff). These employees were temporarily laid off, for 3 months renewable if necessary, on June 22, 2020.

According to the same source, the company's losses, which were cancelled as of December 31, 2018, were nearly CFAF99.2 billion. Apart from these losses, there are provisional losses estimated at CFAF15 billion for the 2019 fiscal year and CFAF12 billion for the first half of 2020 (this equals CFAF126.2 billion losses) while the share capital is CFAF21.8 billion.