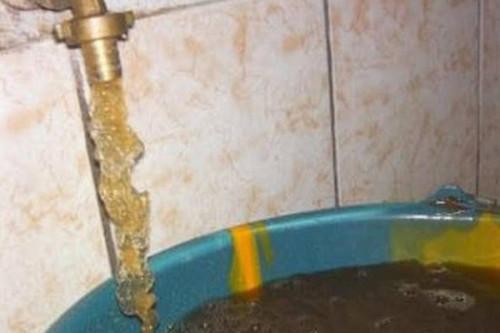 (Business in Cameroon) - Cameroon water utility Camwater informed users they can report the poor quality of the water coming from their taps via the toll-free number "8121". Until now, this number was only used to alert the company on broken water pipes in households.

"It sometimes happens that the water distributed by Camwater has an unusual color that can be inconvenient. [...] If the situation persists, it is likely an infiltration. The user should inform Camwater via the toll-free number (8121),” the Minister of Water and Energy (Minee), Gaston Eloundou Essomba, said on June 17 at the National Assembly.

The official explained that tap water often changes color after a prolonged shutdown of the supply. This may be due to seepage from broken pipes or more commonly due to the presence of galvanized steel pipes in many homes. Galvanized steel pipes deteriorate over time and when the system is not under load, the resulting debris settles and accumulates. When the water returns, the debris is brought out through the taps. "In this case, it is advisable to let the tap run for about a minute to get clear water," says the government member.

Gaston Eloundou Essomba however reassures users that Camwater meets the standards of the World Health Organization (WHO) and those of Cameroon in its daily water treatment process. The company also has internal mechanisms to control the quality of this water through its dedicated agencies and a partnership with a renowned laboratory for unannounced and regular controls.