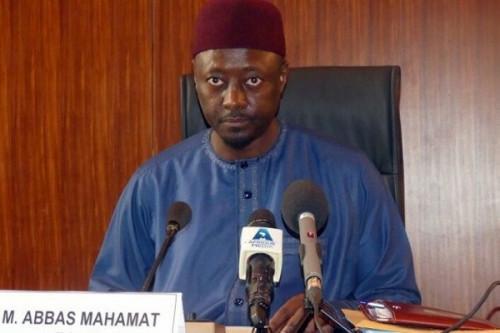 (Business in Cameroon) - In the CEMAC region, the foreign currency regulation will become effective for extractive firms on January 1, 2022. This is the main outcome of a meeting between Abbas Mahamat Tolli (photo), governor of the Central Bank BEAC, and the extractive firms, on November 17, 2021, in Douala.

The regulation has been effective since March 1, 2019, for every sector except the extractive industry. Firms in that category were opposing it purportedly because of sectoral specificities and special contracts signed with governments (they claim those contracts authorize them not to repatriate foreign currencies generated from their operations). To obtain their agreement to abide by the regulation, the BEAC granted two moratoriums over three years. It also made major concessions.

"During more than a hundred meetings organized between 2018 and 2021, extractive firms have had the opportunity to present specificities related to their activities to the BEAC, their constraints as well as several miscellaneous factors the exchange regulation did not take into account. The central bank then considered a set of measures that are both compatible with their economic model and allow effective implementation of the regulation without disrupting operations," in the extractive industry, Abbas Mahamat Tolli explained at the launch of the November 17, 2021, meeting.

This means that, unlike other economic operators who have been strictly abiding by the terms of that regulation since March 1, 2019 (several of them, including banks, have already been sanctioned for various shortcomings including failure to repatriate their foreign earnings), extractive firms will apply more flexible rules.

For instance, they will be allowed to keep foreign currency accounts both inside and outside the CEMAC region. The accounts will be governed by specific provisions that allow extractive companies to continue their operations while allowing the central bank to carry out the checks required by enforceable regulations. In addition, a rule providing for the unsuitability of those accounts is under review, we learn.

Also, although oil and mining companies are also subject to the obligation to repatriate foreign currencies generated by their activities in accounts opened in the CEMAC zone, firms still in the exploration phase of their operations and those benefiting from RBL (Reserve base lending) financing are exempt from this measure.

Extractive firms will also benefit from a flexible declaration and domiciliation system for goods and services imported or exported. Similarly, they are allowed up to three years to repatriate all the funds dedicated to the renovation of exploited sites into escrow accounts opened at the BEAC.

Among the concessions made by the central bank to oil and mining companies in connection with the application of the new foreign exchange regulations, there is also the possibility of transferring the income of expatriate workers abroad from onshore accounts (opened in the CEMAC zone) in foreign currency, on the one hand, and on the other hand, the possibility of paying subcontractors operating in the CEMAC zone in foreign currency.

Due to all those concessions, a finance expert recalls that one of the major objectives of the new foreign regulation was to ensure traceability and consolidate CEMAC countries’ foreign reserves. With the measures considered for extractive firms, the BEAC will ultimately fail to achieve the desired result, the expert believes.