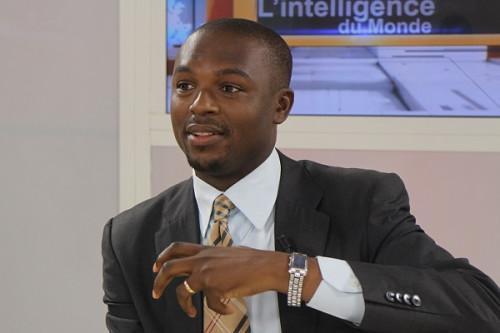 (Business in Cameroon) - This Cameroonian expert of geoeconomics, close to the financial world, is the author of La guerre économique (Economic war), published in 2019 by Afrédit. Here, he takes a critical look at the government’s conception of Made in Cameroon.

Business in Cameroon: For some time now, the term “Made in Cameroon” has been at the heart of the official discourse. Do you understand the government’s definition of this concept?

Maurice Simo Djom: In a statement made during the council of ministers on January 31, 2019, the minister of trade defined the Made in Cameroon as a geographical concept. For the minister, any product made by a business or service located in Cameroon is a Made in Cameroon product. This definition of Made in Cameroon was also used to draw the 2030 national development strategy. The latter, on multiple occasions, refers to Made in Cameroon, in the chapters dedicated to trade and industry.

This geographical definition of Made in Cameroon poses an issue because we don’t have control over our production system. In this context, foreign capitals circulating in the country can generate local products and this could jeopardize economic sovereignty. There is another definition, a geoeconomic one. It defines Made in Cameroon by taking into consideration Cameroon’s economic sovereignty and the appropriation of production and processing skills by Cameroonians.

BIC: In your opinion, as a geoeconomics expert, what factors should be taken into account to determine whether a product is effectively Cameroonian and should consequently benefit from the State’s support policy found in the 2021 finance bill and the national development strategy launched on November 16, 2020?

MSD: Firstly, all products made in Cameroon deserve the State’s support since they result from a real activity that generates jobs, and tax revenues, eventually. However, a key factor that intervenes in defining the type of support is the nationality of capitals and the majority shareholders. It leads to positive discrimination in that when local production comes from local producers, actions should be taken to boost it. It must grow to protect the country against foreign firms’ economic imperialism. On the other hand, when the local production is generated by foreign capitals, measures should be taken to domesticate technology used and to control the movement of revenues generated by the related activities.

BIC: Why do you emphasize the origin of capitals?

MSD: For at least four reasons. The first concerns jobs and research. A firm based in Cameroon but owned by the French could lay off staff, privileging the interest of decision-making centers located in Marseilles or Nantes and not Cameroon’s social interest. The same goes for research. Research led by foreign companies is aimed at promoting their decision centers.

The second reason is the optimization of capital activity. In Cameroon and other Franc zone countries, foreign investors easily repatriate their profits, taking advantage of the ease of transferability of funds, while local shareholders have no such choice. Since they are in their own country, they proceed to carry forward and redirect funds in fixed assets, because this is where they develop.

The third reason is related to international competition. With the opening of economic borders, trade is expanding, and countries that fail to be cautious of this end up on the losing side of unequal trades. It is often said that Africa is a vast market, but for who? Who benefits from it? The US claims to be a champion of free trade but its market is locked with mechanisms like the Buy American Act (where 40% of public procurements are reserved for companies owned by American shareholders) and Buy America provisions (whereby the federal government prefers products manufactured by Americans when purchasing goods).

The fourth and last reason I would like to refer to is security. Just because a foreign investor does business in Cameroon does not mean the government should close an eye on the potential security risk that this business poses to the country. Take for example the Committee for Foreign Investment in the US (CFIUS), which gives the green light for mergers and acquisitions on American soil. In 2018, this organization, placed under the authority of the US President, canceled the acquisition of MoneyGram by Ant Financial, which is held by the Chinese firm Ali Baba, for security concerns. This shows how important the origin of the capital is.

BIC: So, you believe Cameroonian authorities are making a mistake by generally focusing on the “local industry”...

MSD: If we had barriers to entry, there wouldn’t be an issue. But now there is an issue; our market is a sieve, anyone can get in. Anyone can settle in, including people who already benefit from support in their country of origin, and have a long history of industrial manufacturing. So, how can the poor Cameroonian producer thrive when the competition is so unfair? The deck is stacked upstream and downstream. Meanwhile, when an African entrepreneur tries to start a business in a country that claims to be a champion of free-trade, they face countless challenges. The game is rigged so that there is not much room for manœuvre for foreigners.

BIC: Do barriers to entry include joint ventures?

MSD: Indeed, the Chinese economic miracle is attributable to this system which forces foreign investors to partner with natives, not only at an operational level but also at the decisional and strategic levels. Slowly, natives learned the secret to doing business and replicated the same products. This is not what happens in Africa. Anyway, for the same to happen in Africa, we must adopt a global industrialization strategy that is export-oriented. However, as things are now, it seems African countries are set to remain factories for a long time. Meanwhile, a factory can’t dream of “flooding the national, subregional and regional markets with ‘Made in Cameroon’ products” as stated under the 2030 national development strategy.

BC: What do you think of the government’s policy to encourage big foreign firms to come in, explaining that they could boost the visibility of local products?

MSD: Before allowing big companies in, the local production industry should have been supported. The cart was put before the horse. Economic Partnership Agreements (with the European Union) were signed and foreign firms started settling in around that time. Now, the issue is to find ways to support local businesses so that they can compete against these firms. In Ethiopia, the government closed three sectors to foreign investors: banking, insurance, and mass retail. Free trade is more about strategy than economics, and as Sun Tzu put it “when not ready, do not go to war.” In the meantime, no measure forces big foreign firms to promote local products.

BIC: Carrefour claims that it gets more than 70% of its turnover from goods purchased in Cameroon and more than half of these, it adds, comes straight from agriculture, fishing, or the Cameroonian industrial sectors. Shouldn’t this calm your concerns?

MSD: Not really. I remain concerned. This figure has to be taken cautiously, especially since local producers have been complaining of many issues preventing them from selling on a large scale. First, they do not meet the labeling and product presentation standards. Secondly, they are unable to supply their products in significant quantities and lastly, do not keep account books. Each of these requirements is enough to push back local producers. While Carrefour is not responsible for these three challenges, we must recognize that they cast doubt on the authenticity of these figures. Adding to the subsidies that European or US producers benefit from, and potential tax exemptions for entering our markets, one has to admit that Made in Cameroon products are unlikely to enjoy any price competitiveness under current conditions.

BC: In your opinion, what should a good strategy to promote ‘Made in Cameroon’ be based on?

A good “Made in Cameroon” strategy cannot be isolated. It must be part of a broad policy for national geoeconomics, which clearly states the link we establish between wealth and power. What we should do is to attract foreign investors while putting in place conditions that foster the boom of local producers.

With the actual policy, it appears wealth is the only goal when it comes to producing locally. But the thing is all smart countries seek power, beyond enhancing local production. They focus not only on limiting imports but also on controlling their fate amid globalization. They care about protecting themselves from heteronomous hegemonies...

Cameroon should not be content with only reducing imports. That is not an urgent issue. It must above all define its place in the world: does it want to be a dump for foreign products or a country that masters capitalism and invention and can prevent external powers from taking advantage of its strong economic resources to hamper its ascension? That is the real issue.