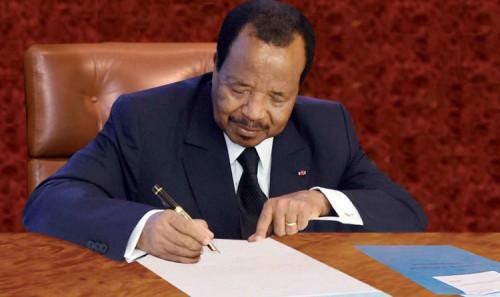 (Business in Cameroon) - In a letter sent on September 20, 2021, state minister Ferdinand Ngoh Ngoh instructed Philemon Zo'o Zame, Director General of the Telecommunications Regulatory Agency (ART), to "release all the necessary data and useful information" that could help the national anti-corruption commission CONAC access the integrity of the recruitment the ART carried out in 2020.

This instruction of the state minister, who claims to be following orders from the President of the Republic, suggests that there are internal obstacles to the investigations being carried out by the CONAC within the ART. In February 2021, CONAC took action following accusations of corruption that marred the agency’s recruitment. According to our sources, on February 24, 2021,  Philemon Zo'o Zame first responded to a request for information from Dieudonné Massi Gams, president of the CONAC.

At the time, ART’s internal sources inform, recruits reputedly close to senior officials were quietly integrated into the telecom regulatory agency’s personnel. To recruit those new employees, the board of directors adjusted a list of 40 recruits invalidated in July 2020 by the Minister of Posts and Telecommunications (Minpostel), Minette Libom Li Likeng, because the names on the list were selected without test or respecting the organizational plan and the human resource need.

This illegal recruitment case started in mid-2020 with a series of emails leaked on social media. In the emails, Simon Kaldjob, an ART board member, accused Justine Diffo Tchuinkam, Chairperson of the ART board, of receiving XAF5 to 6 million from some candidates to recruit them into the state institution.

The accused immediately responded with a correspondence to the Minister of Posts and Telecommunications. In the correspondence, Justine Diffo Tchuinkam requested a replacement for Mr. Kaldjob whom she accused of offering huge amounts of money to facilitate the recruitment of some candidates. While the two board members were passing the blame of who tried to facilitate the recruitment of some protégés into the institution, a new correspondence surfaced on social media. This correspondence sent to the secretary-general of the Senate was attributed to Philemon Zo'o Zame, director-general of the ART. In this letter that Philemon Zo'o Zame is denying (although some sources believe that he is the author), it is revealed that Justine Diffo Tchuinkam discreetly filled over 20 of the 40 open positions in the recruitment canceled by the Minister of Posts and Telecommunications.

The note adds that it is an open secret that Justine Diffo Tchuinkam collects between XAF5 and 6 million to recruit candidates to fill open vacancies in the ART. The information in the note reportedly sent by Philemon Zo'o Zame confirms the accusations of Simon Kaldjob, who was no longer convened to ART meetings after his denunciations (according to a letter from the Minister of Posts and Telecommunications).