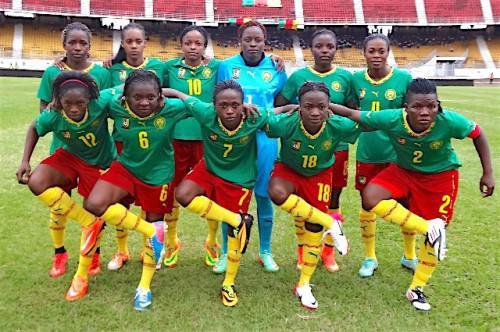 (Business in Cameroon) - At about 4 p.m., life seemed to stop on 22 November 2016 in the city of Yaoundé, the Cameroonian capital. When they did not go to the Omnisports stadium, the capital's inhabitants remained glued to their television screens in their homes, or they flocked to televisions in pubs and other bars.

The population wanted to follow on live broadcast, the 2nd day match pitting Cameroon against South Africa in the 10th edition of the Africa women's Cup of Nations, which Cameroon has been hosting since this past 19 November. After one and a half hours of gripping battle, the national Cameroonian women's football team won with one little goal by Géneviève Ngo Mbeleck.

The Indomitable Lionesses, who thus gained access to the semi-finals of this competition, now have six points in the group A ranking, ahead of Egypt, who won with the score of 1-0 against Zimbabwe during the 2nd match of the day.

On 23 November, the Nigerian team, seven times winner in nine editions, and big favourite of this 10th edition, will meet Ghana in group B based in Limbé, in the South-Western region. Mali and Kenya, each having lost their first match, will cross swords in the second match.