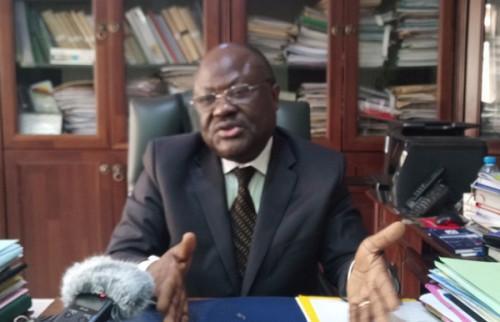 (Business in Cameroon) - Instead OF the XAF260 billion prescribed by the 2019 finance law, Cameroon’s public treasury will issue XAF350 billion in public securities. According to Sylvester Moh (photo), director of the directorate of treasury at the ministry of finance, this final volume was decided by the head of state in the revised budget of May 29, 2019. This revised act increases the country’s 2019 budget by XAF361.5 billion.

The official also reveals that the country is preparing to raise at least XAF100 billion during Q3, 2019. For that purpose, it could once again turn to BEAC’s financial market where it raised XAF174 billion with three fungible bond issuances issued within two months.

The public treasury can also raise the funds on the unified Central African stock exchange that will replace the Douala Stock Exchange (Dsx) in July 2019, according to official sources.

The country has been criticized by the IMF for its propensity to have recourse to non-concessional loans instead of the concessional provided by multilateral investors. Indeed, the volume of public securities prescribed in the revised finance act averages the XAF300 billion- XAF350 billion in that market for the past three years.

The Bretton Woods institution notably fears a new rapid growth of Cameroon’s debt after the 2006 episode that led the country into the Heavily Indebted Poor Countries (HIPC) Initiative for the remission of its foreign debt.

In reply to the IMF’s worries, Cameroon indicates that its debt (35% of GDP) is still sustainable since the volume of its culminated debts is largely below the 70% of GDP set in the convergence criterion within CEMAC.

At the same time, Cameroonian public institutions explain their preference for the security market by its flexibility (unlike the conditions set by international backers for their loans) in terms of disbursement and use of received funds.