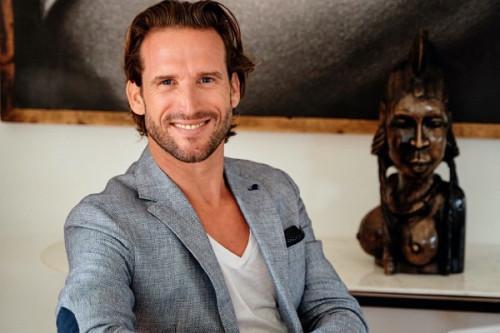 (Business in Cameroon) - In this interview, the Senior Director of Development of the Radisson Hotel Group in West and Central Africa gives details about the group’s expansion strategy in Cameroon. The hospitality expert also appraises and gives projections for the sector in Cameroon.

Business in Cameroon: On August 21, 2019, as the Investment Promotion Agency (API) and Sky Towers Hospitality signed their convention,  Rémi  Delattre,  project director, Radisson Blu Hotel Douala, announced that the hotel group would open its first brand in Cameroon in Q1 2021. We are in Q4 2021 and there is still no brand to be seen. What is the issue with the project?

Erwan Garnier: There are many reasons behind this delay.  First of all, this project includes converting a building owned by the national social security fund (CNPS in French). Upon starting work,  the developer realized that the building had to be reinforced, especially since the project involved turning a  residential building into a hotel. Therefore, the whole building had to be fully redesigned and several floors had to be added, including a bar and a pool. For this to be done, the building’s structures needed reinforcing. These works helped create 180 rooms and apartments. Briefly put, the project was delayed due to technical reasons. Next, there was the Covid-19 pandemic which impacted the whole chain involved in this hotel project. Now, the Radisson Blu Douala hotel is scheduled to open in Q1 2023. That is about a year and a half from now.

BC: What attracted Radisson Group to Cameroon, knowing that the business climate here is known to be challenging?

EG: There are many reasons. The first is that since opening our first hotel in Cape Town, South Africa, in 2000, the Radisson Group has been carrying out a  real expansion strategy in  Africa. Today, we have around 100 hotels opened or under development on the African continent,  which is a  priority for the group. In this framework, we have set up a strategy for Central and West Africa, where we have 25 hotels. Our goal is to double this number by 2025. To do so, we have a very clear strategy: We have identified eight strategic cities for our expansion, where we plan to deploy our brands. Douala and Yaoundé are part of these cities because Cameroon is a very strategic country in Central Africa. Douala, especially, because it is the economic hub of the region, and Yaoundé because it is the capital. Moreover, when looking at the hotel industry in these two cities, it appears that there are very few international brands.  In Yaoundé, there is one that has been present for a long time but there is no new offer in this market. This is a real opportunity and it is what we want to take advantage of because the Radisson Group can enter this market with multiple brands. In Douala, there was a brand hotel present for some years, but it changed brands many times and today there are no more brands. Besides, there are several local brands. However, there are no top-class brands (4-star, 5-star) in Douala. That is why we are very confident that  Radisson  Blu  Hotel  & Apartments Douala will position itself as the leader of the 5-star market. And this is just our first step into Douala’s hotel market because we plan on adding more of our group’s brands. In short, both in Yaoundé and Douala, we think that it is possible to have several brands, several positions. We work with brands that operate 3-star to 5-star hotels. The 3-star brand is Park Inn by Radisson, the 4-star is Radisson, the 4-star plus lifestyle is Radisson Red, the 5-star is Radisson Blu, and the 5-star plus is Radisson Collection. All these brands can come to Yaoundé and Douala. Also, we have launched a new brand amid the Covid-19, that is Radisson Individuals. This brand targets existing hotels that want to benefit from  Radisson’s distribution potential,  while maintaining their independence and identity.  Our first Radisson Individuals property is in West Africa,  in  Accra,  Ghana.  We believe we could launch this brand in Cameroon,  soon.

BC: You talk a lot about Yaoundé and Douala.  However,  according to some studies carried out by mass retail companies, Cameroon has at least 10 cities with at least 100,000 residents, as well as coastal and touristic cities like Limbé (which is very safe despite the separatist crisis) in the South West, and Kribi, in the South. Don’t you think these are also worth looking into?

EG: We are indeed looking at Limbé, Bafoussam, and Kribi. These are important secondary cities. But the truth is that our strategic priority is Yaoundé, for a simple reason: We want to be present in the capital. Radisson, you should know, currently develops across many market segments.  We already mentioned our 3-star to 5-star hotels. Each brand has hotel rooms and apartments,  with some rooms having internal kitchens for long-term stays.

BC: According to your new agenda, Radisson Blu’s first hotel in Cameroon will open in Q1 2023, in Douala. When do you plan to start works for Yaoundé’s?

EG: As soon as possible. Unfortunately, I can’t be more precise than that as long as nothing has been signed. But, we are actively working to make it happen in Yaoundé. That is actually why we are in Cameroon now (ed. note: October 2021).

BC: Radisson Blu Hotel & Apartments Douala is the fruit of a private-public partnership (PPP) with the national social security fund (CNPS), which is Cameroon’s pension fund. What are the terms of this deal?

EG:  The terms of this partnership are simple. On one side you have the promoter, Financial Capital, and on the other, there is the CNPS, and they have effectively signed a PPP. As for Radisson, it has signed with Financial Capital. So, this is somehow a tripartite partnership. In effect, Radisson has the full responsibility to manage the hotel when it opens. Usually, Radisson takes over nine months before the opening, handles the recruiting, pre-sales, and anything related to the hotel’s pre-opening. At the moment, we are at the construction phase and the role of Radisson Hotel Group is to provide its technical support to the promoter,  which means meeting all safety norms and standards as they are very important nowadays. Of course, as soon as the hotel is ready, we will start training and make sure that hygiene standards are met. This is a  priority for customers.

BC: You said you are not an investor but an operator. What is the difference?

EG: The difference is simply this: the investor has the financial responsibility. They raise or provide the money needed for the project. The operator manages it. So, there is a real difference regarding the competence of the promoter,  who is experienced at raising funds, and the Radisson Group, which specializes in managing hotels. We presently manage, all over the world, 1,500 hotels in 130 countries.

BC: Based on what you said, regarding your expansion plans in Cameroon, for example, it seems that if you don’t find any partner, your upcoming projects may not come through. Are you negotiating with partners in Yaoundé, Bafoussam, Kribi…?

EG: We are discussing this with several partners. And this is where the true challenge lies because this is similar to marriage.  Our ambitions must align, our competencies must match and we need to share the same long-term vision. For each of our projects, we take time to identify the right partner.

BC: The scarcity of partners is quite surprising, given that many local economic operators have invested in hospitality over the past few years, and just need professionals like Radisson to support them…

BC: As an expert in hotel management, how would you describe, briefly, the hospitality sector in Cameroon?

EG: The hospitality sector in Cameroon is full of opportunities. Looking at demand and supply, both the high-standing and medium-standing segments, luxury or leisure, there are many opportunities to take advantage of. This explains our presence here. We want to be part of this adventure, and grow with Cameroon.

BC: How do you see hospitality developing in Cameroon over the next decade?

EG: Clearly, the sector will develop. It can only develop. However, it’d be hard to have a clear view on such a long term. At Radisson, we hope to grow our presence in the country four-fold in the next 10 years. And in Cameroon, we hope to be present in every important city because Cameroon is the most strategic country in Central  Africa.  Many companies that operate in this region are based in Cameroon. So, Cameroon’s place in our expansion plan for the region is very important.

An interview with Brice R. Mbodiam