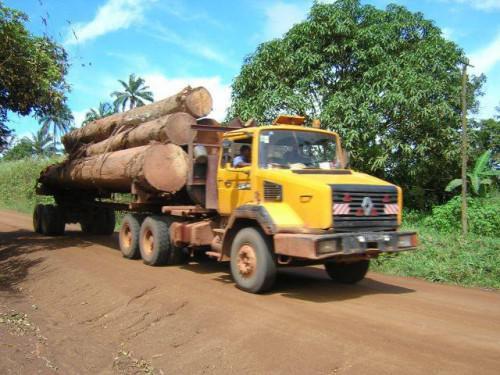 (Business in Cameroon) - If the Cameroonian Parliament adopts the proposal made by the government in the 2017 Finance bill currently under review without any changes, the lumber export tax would increase to 20% starting from early 2017, we officially learned. This new rate would then have increased by 2.5%, while it currently peaks at 17.5%.

This projected increase can be explained in two ways. Primo. With the continuous drop in oil revenues, the Cameroonian government is planning to create new income sources or increase the contribution of existing sources, to replenish a treasury increasingly called upon due to the major ongoing projects in the country and additional expenditure incurred by the fight against Boko Haram.

From this point of view, wood, which is the 2nd export product in Cameroon behind oil, appears as the adequate product to boost customs revenues. According to statistics from the National Port Authority (APN), a global volume of 938,455 tons of wood logs were exported in 2015.

Secondo. The desired increase on the lumber export tax can be viewed as a government strategy meant to encourage logging operators to move into local processing. Which is not only a source of employment in a country where unemployment is high levels, but could also help create added value for the entire national economy.

During the 2021 finance year, Cameroon will once again turn to the capital market to fund its budget deficit (estimated at XAF1,481.9 billion in the 2021...