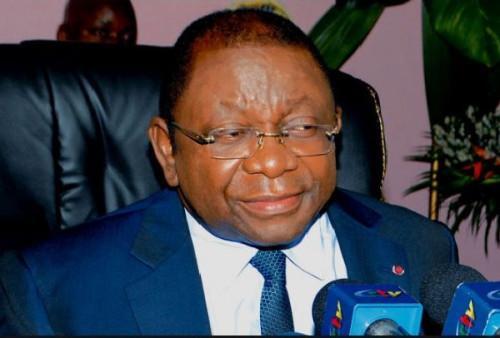 (Business in Cameroon) - Cameroon’s overall trade volume dropped by 16% during the first half of 2020, because of the coronavirus pandemic. This was revealed by Minister of Commerce Luc Magloire Atangana on June 25, in Yaoundé, during the cabinet meeting presided by Prime Minister Joseph Dion Ngute.

The official informed that during the period reviewed, exports fell by 14% while imports decreased by 16%. For Luc Magloire Mbarga Atangana (photo), the coronavirus pandemic offers Cameroon an opportunity to review its trade strategy by developing regional and sub-regional exchanges, because of the potentials of these markets, while reducing the importation of food and manufactured products to minimize its dependence on foreign markets.

In that regard, the official suggested a set of structural measures such as the accelerated implementation of the Industrialization Master Plan to increase the volume of raw materials processed locally, revive major export channels and develop fish farming and aquaculture. He also recommended the state should provide support to Cameroonian companies so that they can adapt their products to exports markets. He further suggested the creation of foreign marketing points for "Made in Cameroon" and the development of mentoring and networking avenues for national export companies.

According to the African Development Bank (AfDB), over the 2014-2017 period, the share of Cameroon's total intra-community trade reached 24.7%, thanks to the relative diversification of its economy and the existence of road corridors with all CEMAC countries (Cameroon, Central African Republic, Congo, Gabon, Equatorial Guinea, and Chad) and Nigeria.

However, the AfDB indicates, trade between Cameroon and its CEMAC peers could have been greater but for cross-border trade obstacles experienced by countries in this community area. These obstacles include, among others, inadequate infrastructure despite the many projects underway and most especially harassment by public officials present on the various corridors.