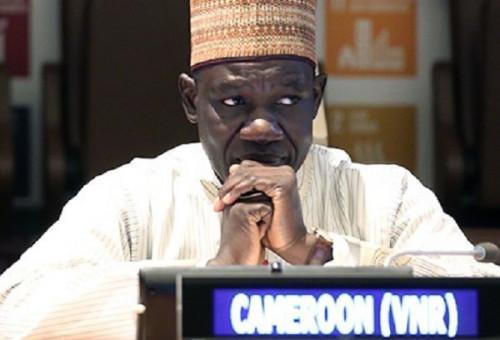 (Business in Cameroon) - In Cameroon, the government is taking measures to relaunch projects funded by China.

During the cabinet council held in Yaoundé on March 26, 2020, the Minister of Economy Alamine Ousmane Mey (photo) presented a “general review of projects concluded within the framework of Sino-Cameroon cooperation.”

The Minister of Economy indicated that a recent review of the current project portfolio, estimated at XAF3,300 billion, in the framework of the cooperation has revealed several problems affecting the efficient implementation of the projects. The main problem, according to Minister Mey, is the immaturity of some projects.

According to the official, such immaturity has often caused implementation difficulties thus extending delivery dates and an increase in costs. “The said difficulties are delayed expropriation procedures, sluggishness in the payment of funds set for the launch of projects, non-compliance with some contractual clauses and inadequate estimation of the additional works essential to the commissioning of the infrastructures built.”

He explained that to fix these operational failures, emphasis will be placed on strengthening the planning and focus placed on projects as a whole, projects funded by external funds in particular. Also, the prerequisites for the maturing of projects and their inclusion in the State's project bank must be met for proper budget programming.

Also, the Minister of the Economy indicated, the mobilization of concessional resources offering more advantageous conditions will be favored, same with the use of public-private partnerships to reduce the pressure on the State budget.

The Prime Minister then asked the Ministers of Economy and Finance to submit shortly a plan for the rapid clearance of the pending payments “that are hindering the continuation and completion of ongoing projects," according to a release published at the end of the cabinet council.

The Sino-Cameroon project portfolio is constituted of about 15 active projects. The most symbolic is the project involving the construction of a deep seaport in Kribi, the Yaoundé-Douala highway (phase 1, 60 km), the supply of drinking water from the Sanaga River, the electrification of 350 localities by solar photovoltaic systems and the construction of an emergency telecommunications network in Cameroon.