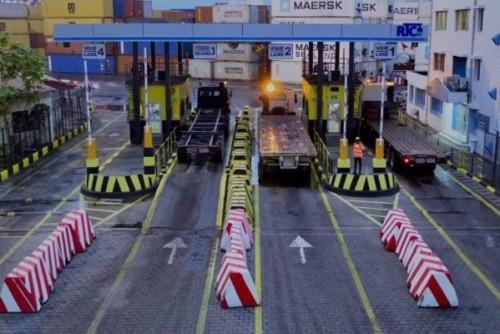 According to the board, the measure (effective January 1, 2021) was issued because, “despite the difficult context in which it started exploiting the container terminal on January 1, 2020, RTC successfully carried out its missions by providing the terminal users with quality services in compliance with the performance and outcome goals assigned to it.”

RTC was created, on December 6, 2019 (by a resolution of the PAD’s supervisory board) to start exploiting the container terminal of the port of Douala, which was then exploited by the Bolloré-APMT consortium.

On December 31, 2019, at the request of the said consortium, the administrative court of the Littoral region suspended the December 6, 2019 resolution and all measures taken in application of that resolution until the creation of the RTC was proven to be legal.

Despite the court order, the PAD, which claimed to have “public institution prerogatives,” launched the operations of the delegated management authority on January 2, 2020, to ensure “continuity of public services” on the container terminal. It also appealed to the order but the supreme court is yet to rule on it.

Two articles of the January 24, 2019 decree reorganizing the PAD are at the heart of the judicial battle. The first is Article 9 which compels the PAD to let the private sector manage container terminals. There is also article 11, which authorizes the PAD to “exceptionally” manage the terminals directly “after approval from the advisory board (…) once the consultation process aimed at transferring” the management to the private sector fails.

For the Bolloré-APMT consortium, the process aimed at designating a new concessionaire has never failed, so there is no ground for starting a delegated management company.

Let’s note that on December 26, 2019, at the request of the Bolloré-APMT consortium, the administrative court of Douala ordered the cancellation of the process of selecting a new concessionaire for the container terminal. This decision was based on irregularities, denounced by the consortium, in the process that led to the selection of Swiss Terminal Investment Ltd (TIL) as the winner of the tender process issued on January 12, 2018. Indeed, after the first phase of that process, Bolloré-APMT was ranked 7th out of nine candidates but, it contested the process before courts, which ruled in its favor.

The PAD then published a release informing that the court order could not stop the process since the end of Douala International Terminal’s (DIT) concession contract was near. It also informed that it was not obliged to launch a new tender process to select a concessionaire “since the decree of January 24, 2019, reorganizing the PAD” allows it to manage the container terminal under a delegated management model.