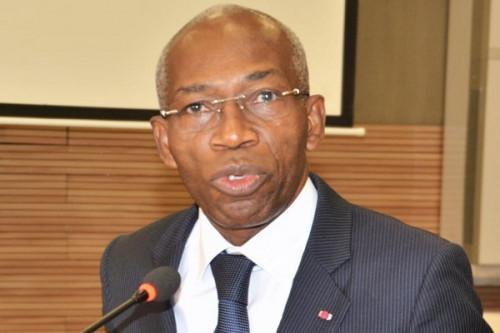 (Business in Cameroon) - The Cameroonian Minister of Forest presented the government’s expectations following the common decision by Cemac countries to ban log exports in the region, starting from January 1st, 2023. In an interview with Cameroon Tribune, Jules Doret Ndongo (pictured) said this decision augurs very well for forestry production.

The outcome, according to the official, is a substantial increase in the volumes of timber collected from Cameroonian forest concessions by 2030. They are forecasted to be 15 million cubic meters per year, against 7 million cubic meters currently, up more than 100%. The contribution of the timber sector to GDP will double as well. In terms of job creation, the number is expected to reach “at least 100,000” from about 40,000 currently, thanks to a strong dynamism in the processing segment. The government aims to increase the log processing rate from the current 75% to 100% for primary processing and improve the level of secondary and tertiary processing activity by 50%.

The flip side is that the optimistic decision by Cemac countries will negatively affect their economies in the first few years of implementation, as government revenues from the sector will drop drastically.

Minister Doret Ndongo detailed that “overall, the annual losses for the first years could amount to about CFA13 billion for export duties on logs, CFA1.8 billion of felling tax on logs intended for export, and CFA580 million of log inspection tax.” However, “countries will gradually increase the felling tax and all other taxes related to timber processing to offset the losses.”

Initially, the ban on log export within the Cemac region was set to enter into force on January 1, 2022. But the process was finally postponed to allow countries to mature local wood processing projects and deploy incentives that will attract investors in the secondary and tertiary processing segments, according to the Cemac Commission.

"To make the new decision easy to handle for member states, the CEMAC Commission has taken on the responsibility of assisting them. With the support of the ADB, the commission will finance the preparation of feasibility studies on the 28 projects identified. A harmonized regional forestry tax system is expected, as well as the evaluation of business support measures," explained Duval Antoine Dembi, Director of Industrial Development, Mining, and Tourism at the CEMAC Commission. He was speaking during an online meeting on July 28, 2021, between the Ministers in charge of Forestry, Industry, Environment, Economy, Planning, Finance, and Budget of the CEMAC Member States and DR Congo.