Thousands of passports stolen at the Cameroonian embassy in Paris 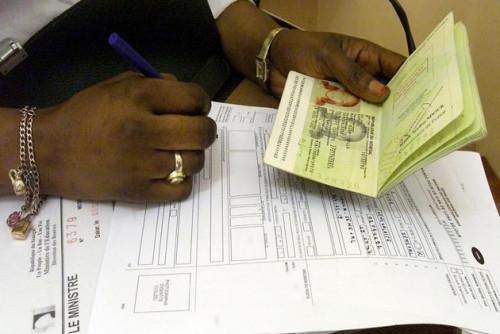 (Business in Cameroon) - During the ransacking of the Cameroonian embassy in Paris last January 26, nearly 20,000 Cameroonian passports were stolen while other 900 passport files were stolen or destroyed, we learnt.

In addition, several hundred passports of all nationalities awaiting visas from Cameroon have also disappeared, as well as service stamps and other official documents. The Embassy's computer system was also destroyed. A cash box plus the hard drives containing the video surveillance records were taken away.

According to a source at the Embassy who requested anonymity, the damage is considerable. The disappearance of hundreds of passports of all nationalities will put many visitors to Cameroon in difficulty and could fuel international traffic. The same source said it will take weeks for the consular services to restore the normal functioning of the institution.

The Embassy estimates that 50,000 Cameroonians are legally resident in France.