The Port of Douala to gain XAF34.7 billion within 30 years from the sales of dredged sediments 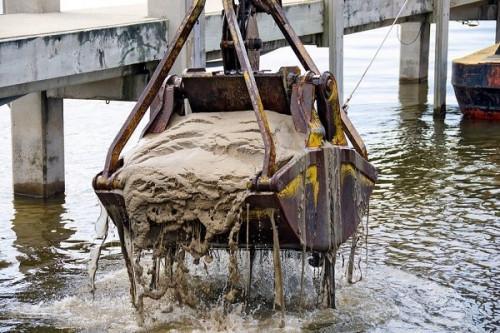 (Business in Cameroon) - On April 28, 2021, in Douala, the Port Authority of Douala (PAD) and the Cameroonian subsidiary of Swiss group Pukaly International SA signed a partnership agreement authorizing the recovery, exploitation, and processing of the sediments recovered during dredging operations at the Port of Douala.

The port authority explains that according to the simulation results, the Port of Douala will gain XAF34.74 billion from the sales of dredged sediments within thirty years. This includes XAF1.39 billion of state fee and XAF33.35 billion as proceeds from the sales of sediments recovered from the seabed.

It adds that this first experience of industrial marine sediments recovery is an innovative project that will generate jobs and make dredging (which was previously a money pit for the PAD) profitable. Indeed, before that agreement, the PAD was using its resources to transport and dispose of the sediments recovered from its seabed.

For the project, the Cameroonian subsidiary of Pukaly is supported by four local banks: Commercial Bank Cameroon, Société Générale, Afriland First Bank, and Union Bank. Nevertheless, their financial assistance has not been disclosed.