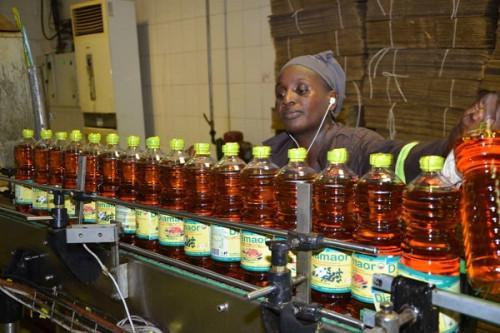 (Business in Cameroon) - Fongod Edwin Nuvaga, Director General of Cameroon Customs, signed a note on December 27, 2021, temporarily suspending the export of vegetable oils and cereals produced in Cameroon. "Customs services and users are hereby informed that the export of cereals and vegetable oils (Mayor, Azur, Neima, Diamaor, Star oil, and Pacific oil) produced in Cameroon are suspended effective as of this note signing date,” he wrote.

According to the customs authority, this suspension comes after a letter was sent on December 3, 2021, by Minister of Commerce Luc Magloire Mbarga Atangana to Midjiyawa Bakary, Governor of the Far North. In the letter, the Minister of Commerce had instructed the local authority to take required measures for the suspension of the exportation of cereals  (rice, maize, millet, sorghum) to border countries. The decision was issued to curb soaring prices in local markets and guarantee supplies for the population.

In recent years, however, in the northern regions (the North, the Far North, and Adamaoua), cereal consumption is being affected by exports from the region to neighboring countries like Chad and Nigeria. Every year, close to 70% of Cameroon’s rice production is exported to Nigeria (80% of Cameroon’s rice fields are in the North and the Far North).

Also, housewives have been reporting a rise in the price of vegetable oils. For instance from XAF1,150 per liter recently, the said oils now cost XAF1,600, representing a XAF450 rise. Hence the measures taken, to reverse the trend.