Halcomi: customs officers seize over 12,000 liters of contraband fuel in the north 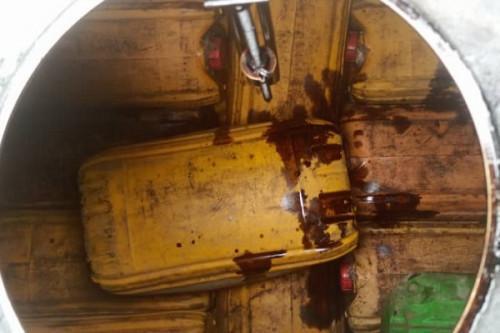 (Business in Cameroon) - Cameroonian customs officers recently seized 12,420 liters of contraband fuel at the Mayo-Salah customs post in the northern region, sources within the Customs Department of the Ministry of Finance revealed.

The fuel was concealed in a tanker truck that was supposed to be carrying hydrocarbons from the formal supply channels. However, official sources indicate, the tank of that truck (which was on its way to Ngaoundéré from Figuil) was loaded with 414 jerrycans containing 30 liters of fuel each. The shipment was immediately seized and litigation opened, we learn.

For several months, through special operations aimed at protecting the local economic space, Cameroonian customs have seized important volumes of contraband and counterfeit products. For instance, in 2020, in the framework of Halcomi (Halte au commerce illicite/Halt illicit trades), they seized goods worth some XAF10 billion, Prime Minister Joseph Dion Ngute recently said before the national assembly.