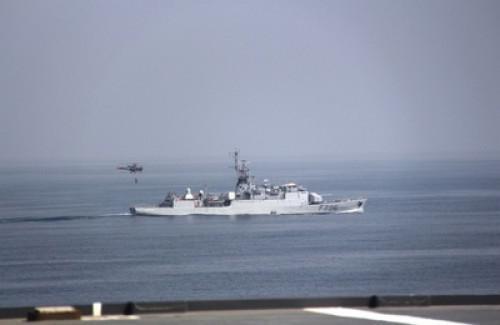 (Business in Cameroon) - On September 10, the “Dipikar”, a patrol boat of the Cameroonian navy, carried out an exercise with the deep-sea French patrol boat, the “Commandant Bouan”.

According to France’s Ambassy in Cameroon, “during the exercise, after entering in contact with the Douala sea operations command, an intervention team of the Dipikar came to support the Bouan’s crew which was carrying a fire simulation on board with many injured casualties”. The drill was part of the Naval Exercise for Maritime Operation, the Nemo 17.6. The exercise will end in the days to come in Dakar with a symposium on maritime security which will regroup high officials from participating navies.

Moreover, in the framework of the Nemo 17.6, 10 navies of the Guinea Gulf and coordination structures, established in 2013 as a result of the “Processus de Yaoundé”, will be working together. Let’s recall that in June 2013, countries in the region met at a summit on maritime security in Yaoundé, to adopt a code of conduct to “prevent and tackle piracy, armed robberies targeting boats, as well as illegal sea activities in West and Central Africa”.

Impressed by Africa’s decision to fight sea crimes, France offered, besides its expertise, to create a school that would train individuals dedicated to the realization of this objective in Cote d’Ivoire. It would focus on State’s actions on Seas (Action de l’Etat en Mer).