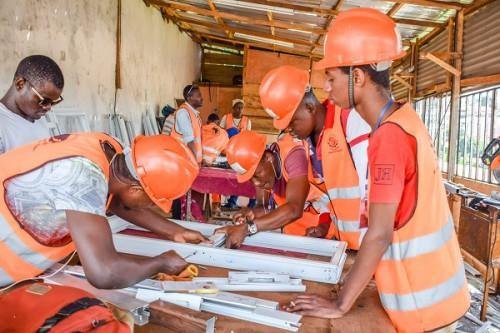 (Business in Cameroon) - In the budget amendment prompted by the coronavirus crisis, the three-year "special youth" plan aimed at developing the small economy saved its XAF6.6 billion envelope in extremis, at a time when several budget lines were cut.

In a correspondence dated May 26, 2020, the Secretary-General of the Presidency of the Republic, Ferdinand Ngoh Ngoh, in "execution of the very high instructions of the President" asked the Minister of Finance to "kindly confirm the renewal of the three-year ‘Special Youth’ Plan (PTS-Jeunes) in the budget amendment.”

The fact is, despite the enthusiasm of project leaders, PTS-Jeunes whose implementation has been entrusted, since 2016, to the Ministry of Youth Affairs and Civic Education (Minjec) is suffering from a lack of funding. According to the Minjec, at the end of 2017 and following the objectives set by the PTS, 507,614 young people had expressed their interest in receiving support from the State. One year and four months later, in April 2019, 763,225 candidates were registered on the electronic platform dedicated to the project, and 51.06% of them applied for funding for their self-employment or business projects. The Minjec, explains that 33.70% of the project holders applied for funding in the “agriculture” category while 28.84% were in the “industry” and 22.85% in the “digital economy” category. Also, 10.48% were for funding in the “innovation” category and 4.4% for projects in other sectors not listed among the above-mentioned categories.

In the first year of implementation of the Plan, out of the 500 million transferred by the Treasury, 315 million was effectively invested. The rest of the resources constituted the working capital for projects already in place since disbursements are made on a declining scale. A total of 214 projects were covered by this transfer out of a total of 2,150 projects, i.e. 9.95% of the projects declared fundable. Since then, however, there has been an evolution.

Because of that fact, the Minjec states that "the main difficulty in the implementation of the three-year ‘special youth’ plan remains the availability of funding. This difficulty is reflected both in the slowness of the transfer and in the inadequacy of the allocations."

Prescribed on February 10, 2016, by the Head of State, Paul Biya, the three-year "special youth" plan has a total budget of XAF102 billion. The process aims to support 1.5 million young people in Cameroon at a rate of 500,000 young people per year.