Cameroon: FECAFOOT invited to elaborate draft scale for bonuses to be paid to national teams for major sporting competitions 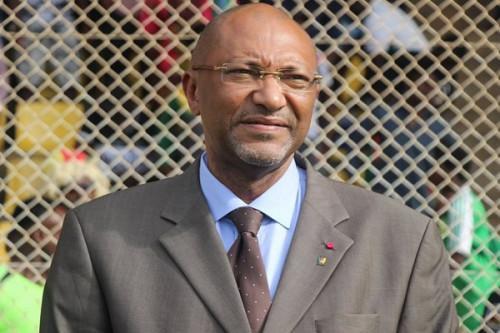 "(Business in Cameroon) - Draft scale of bonuses to be paid to Cameroon's national football teams"; This is the subject of the letter sent by the country’s minister of sports Narcisse Mouelle Kombi to the president of Cameroon’s football federation (FECAFOOT) Seidou Mbombo Njoya (photo) on October 22, 2019.

In the letter, the minister indicates that it is another request to establish scales of bonuses to be paid to teams for major competitions. These include continental qualifying rounds, the African Cup of Nations (AFCON), the World Cup, the African Games, and the Olympic Games.

“The proposed bonuses must be scaled proportionally so that they remain an additional element of motivation for the athletes concerned,” the official instructed.

In addition, the President of Fécafoot is invited to present measures taken to avoid tensions, disputes, and claims related to sponsorship revenues.

The Minister of Sports thus hopes to prevent the repeated crises observed among Cameroon's national football teams regarding the payment of bonuses. At the 2019 CAF Africa Cup of Nations in Egypt, for instance, the national team and the Fécafoot were unable to agree on the remuneration related to this competition. In addition, in the past, Cameroon's football team was used to arriving in host countries the very same day they were scheduled to play their first match because of unpaid bonuses. This has often had a negative impact on players' individual and collective sporting performance.