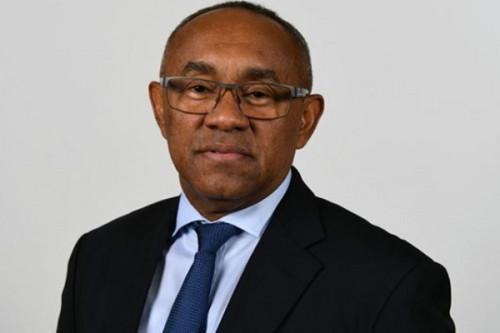 (Business in Cameroon) - On January 13-15, Ahmad Ahmad, President of the Confederation of African Football (CAF), will be on a working visit in Cameroon, the country’s Minister of Sports Narcisse Mouelle Kombi indicates.

“During his stay, the delegation will hold important consultations and meetings with the authorities of the COCAN [Local Organizing Committee of the African Nations Championship and of the AFCON] 20-21, at the end of which important decisions on the organization of the CHAN [African Nations Championship] Total Cameroon 2020 and the AFCON in Cameroon will be taken,” the official said.

In addition, the minister informs, the visuals of the CHAN Total Cameroon 2020 will be revealed by January 15, 2020, during an evening show attended by CAF officials.

Ahmad Ahmad's last official visit to Cameroon was on October 2, 2018. He was received by the Head of State, Paul Biya, as the country was preparing to organize the AFCON2019. Following this visit, the organisation of the African football high mass was withdrawn from Cameroon due to delays in the construction of sports infrastructure.

But, as compensation, CAF offered Cameroon to host the competition in 2021. The CHAN should be played in the country of the Indomitable Lions this year.