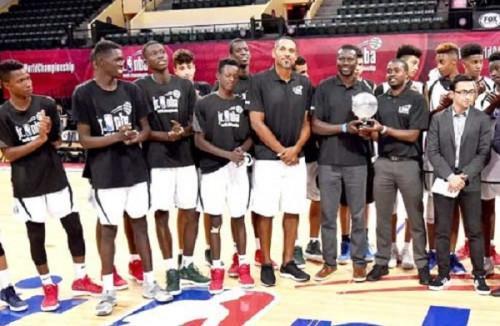 (Business in Cameroon) - Four Cameroonians are among the 20 young players from eight African countries selected for the second edition of Jr. NBA Global Championship, which will be held in the USA from August 6 to 11, 2019.

In the women’s team constituted of ten players, there is Sandrine Kamgain who is making her second appearance at the Jr. Global Championship. She took part in the first edition with team Middle-East and Africa. The second Cameroonian is Leslie Catherine Njukoua.

For the men’s team also constituted of ten players, the two Cameroonians are Said Nkene F. Michel and Marouf Moumine. In 2018, Marouf Moumine received the Determination Award and is now a member of the NBA Academy Africa of Saly in Senegal.  Both Cameroonians are the only players in the African team to make a second appearance in this championship.