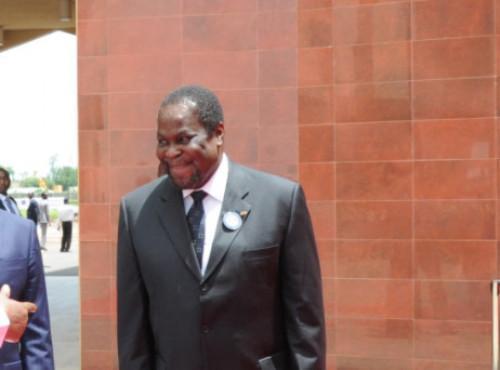 (Business in Cameroon) - The Financial Markets Commission (CMF) of Cameroon physically merged with the Libreville-based (Gabon) Central African Financial Market Supervisory Board (Cosumaf) in this month of February 2019, we learnt.

The merger’s initial deadline was 30 November 2018, as scheduled by Cemac heads of State regarding the unification of the region’s financial markets during a conference in Ndjamena, Chad, October 31, 2017. Chadian Nagoum Yassoum (photo), appointed during the conference, will chair the new institution for a period of five years, at the expense of Cameroonian Jean Claude Ngbwa. The latter was appointed head of the national CMF by presidential decree three years ago and did not complete his 5-year term before the merger decision took effect.

In October 2017, CEMAC heads of state decided to unify the financial markets of Central Africa. The related additional act mandated the Central Bank to conduct the merger (regulators, stock exchanges, central depositories, settlement banks) by 30 June 2019 at the latest. The regulators (CMF and Cosumaf) are the first to materialize their physical fusion.